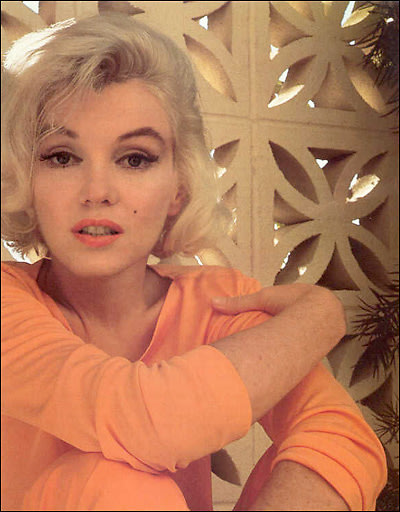 [Photo via] Marilyn Monroe, the blond bombshell and universal sex symbol, traveled all around the world, but always came back to her native land roots of Los Angeles. She was born here, took Hollywood by storm personifying movie star glamor, and died at her home in Brentwood. Recently, American photographer Eve Arnold released sixteen never previously published as limited edition prints of Marilyn to be sold at the Castle Galleries in the UK, making us a little nostalgic and curious about what the icon was up to when L.A. was her playground.

We did a little digging and found that most of the neighborhoods and establishments she frequented in her day are the very same haunts of modern day celebs. Keep reading to see what has and hasn't changed since the Marilyn era...

Marilyn Monroe was found dead in her home 48 years ago. She bought this Brentwood property in 1962 for $90,000 but only lived in it for six months before she passed away. It is now on the market for $3.6 million. 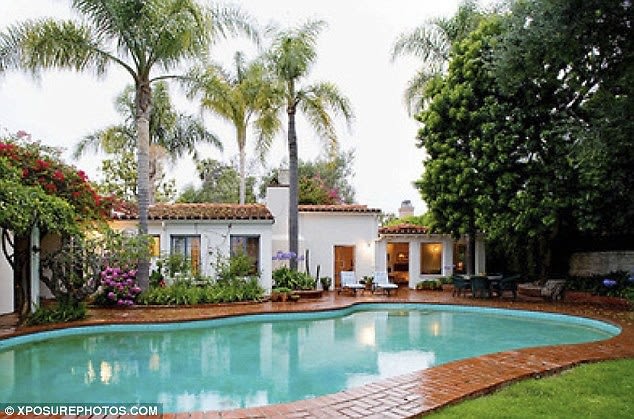 The Roosevelt Hotel and Tropicana

A one point, Marilyn lived in a suite right above the bar in the 1950s. The Tropicana Bar in the Roosevelt Hotel is one of Hollywood's most popular night spots. 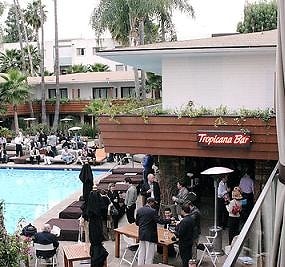 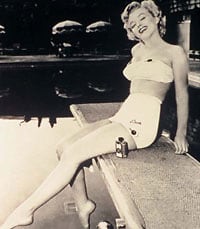 Here she is at the hotel's pool sitting on the diving board shooting an ad for toothpaste. [Photos via and via]

Monroe lived in the Beverly Hills Hotel on 9641 West Sunset Blvd. on and off throughout her life. 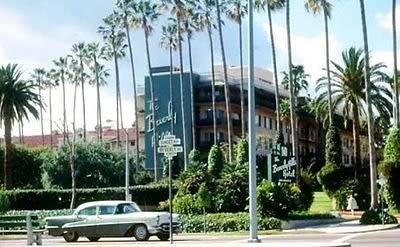 She was snapped dining with Arthur Miller, her husband at the time and costar Yves Montand while filming Let's Make Love. 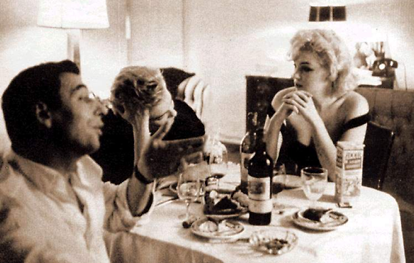 Monroe and her second husband Joe Dimaggio went on their first date in 1953 at Villa Nova, which we know today as the Rainbow Bar and Grill, at 9015 Sunset Boulevard. 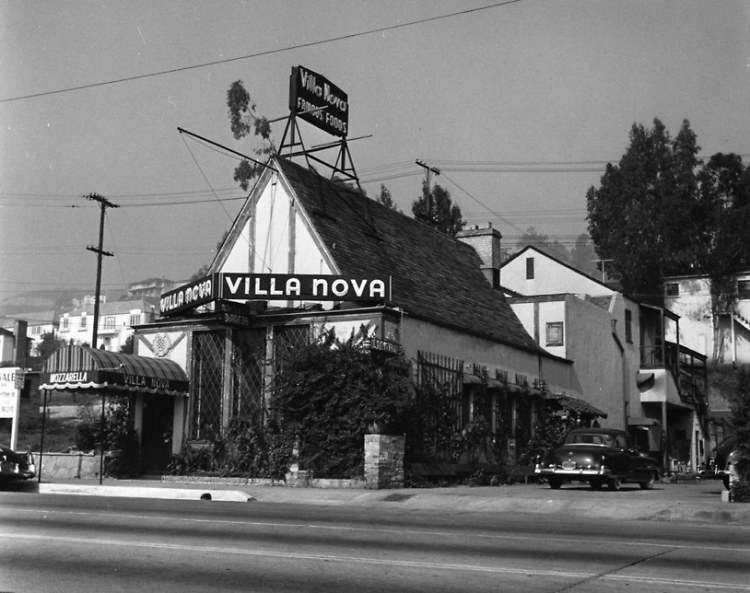 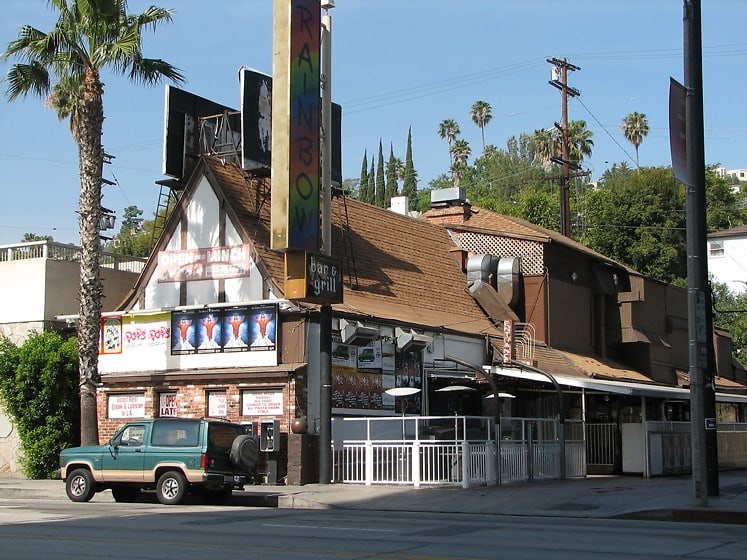 Marilyn was a loyal customer at Canter's on 419 N. Fairfax Ave. After her one-time husband, Arthur Miller, introduced her to the deli, Marilyn was a frequent diner there. Open all night, the restaurant is still a top destination for L.A.'s night owls. 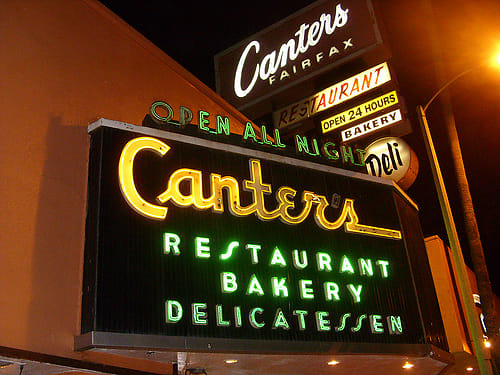 The icon frequented the beautiful hotel first built in the last 1920s just above Sunset in the Hollywood Hills. The Chateau is famous for being a late night celebrity haven, and even home, and to this day is a notorious spot where stars go to misbehave. 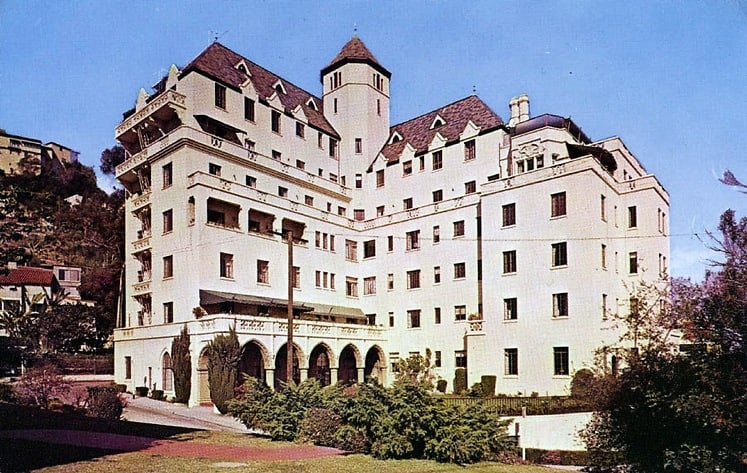 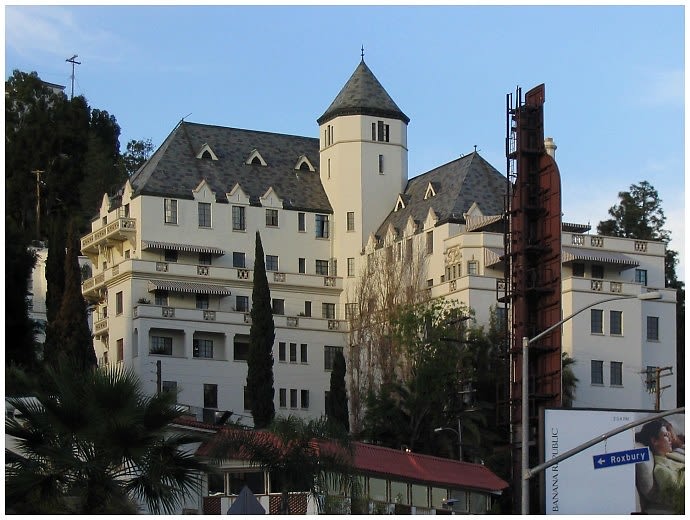 [Photo via and via]