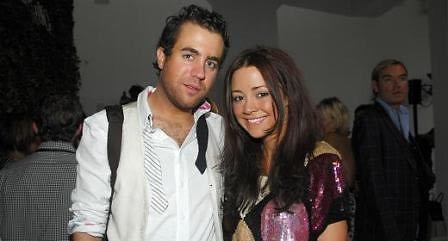 [Photo from the Observer]

So Famegame.com is not new news to us. Kristian Laliberte trying to promote it to the New York Observer is. Apparently there will be a party this December 13th at, get this, GuestHouse, where the fame game team, along with other "cultural curators" will be determining some of the content that will be on display at their launch. The Launch will be February 29th, "an event officially launching Famegame.com and debuting 29 unique cultural projects, where guests can actually invest capital into helping implement these ideas." Sorry but we would like to know the names of the people actually investing capital into this....apparently we aren't the only ones missing the complete hilariousness of SocialRank.com.

Now Kristian has a bigger problem. See he got a little confused about what he was to be promoting. Ana Finel Honigman "a broadly-published New York and London-based critic and journalist" recently wrote an unpublished article for Britian's Tank Magazine about FameTheory, an upcoming collective artist exhibition. This is what Kristian should have been promoting, however he must have gotten mixed up. Now Honigman calls him a "monkey" and is accusing him of plagarizing without her permission. Here's an example:

Even the most coolly blasé people at a party clock it when a famous face enters the room. And a recognizable name turns a banal gathering into an event in the same way that a dash of spice turns mere food into a meal.

Admit it--even the most blasé people at an event clock it when a famous face enters the room. Celebrity--in any form---can turn the most bromidic soiree into an occasion.

So, maybe famegame isn't going to have any sort of revival. You know what though? Everyone makes mistakes. Just yesterday we got those two Wilson boys confused (Owen or Luke?) ha. We are going to have to cut the guy some slack. We are still confused though. Is there a party for famegame.com and a new launch in February? We thought that site was as over as the place they are hosting the party at (GuestHouse).