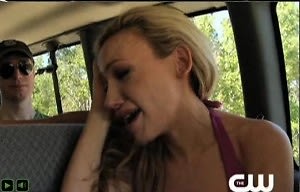 It’s a wrap! Like Devorah Rose in a pair of heels, High Society stumbled to a conclusion last night. Who were the winners and losers at season’s end?

The episode begins with an ending. Devorah and fallen society queen Tinsley Mortimer conclude their much-touted catfight in a well-lit nook of 675 Bar. Tinsley tells Devorah that the two of them were never really friends at all. After all, they never spoke on the phone! Considering the nine takes to film the battle royale, its climax was a little disappointing. Notice how that “You’re a tranny!”, “No, you’re a tranny!” back and forth didn’t make the final cut?

Paul Johnson Calderon can’t help but join the pile-on. As Dale Mercer said, “poor Devorah was like a piñata.” I’m not sure what Paul’s beef is with Devorah (the cameras miss the start of their argument), but he walks away saying, “I wish had a vagina!” So does, well, nevermind. 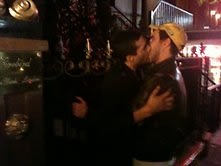 Devorah needs to flee the New York area. So she tries to hop a plane to the Virgin Islands to pimp her imaginary bikini line. But she hits a snag with the TSA! See, Devorah used to be known as Deborah Denise Trachtenberg, and the name confusion leads to her nearly missing her flight. The swimwear designer is incensed at the thought of losing $45,000 in Monopoly money if she and her spokeswoman don’t make it down to St. Croix for a photo shoot.

Back in grimy old Manhattan, PJC is having his unibrow plucked by a Korean slave when he finds out that Gawker ran a PR-planted story about Devorah’s troubles. He makes some vaguely anti-Semitic remark about Debbie’s birth name. Then we cut to Tinsley reading the same story and chortling over some Nazi joke Dale just made. (She hates Germans and just found out about WWII, after all.)

Back to Paul, still in the Chinatown basement massage parlor. He reads an item from yours truly about his porny infidelities. He is upset, despite the soothing presence of his main hag right by his side. Later on, Paul and Tommy The Model meet up in Central Park for a fight. Tommy pulls up some Daytime Emmy-worthy histrionics (which gave me my first LOL of the season) and scurries away. Paul says he has “never been in a worse situation” in his life. Yes, you have. And we’re all looking at it.

Elsewhere, Dale makes up with her daughter Tinsley and Dabney, the child she swears she left on the steps of the local saloon 32 years ago. Back in the tropics, Devorah sobs in front of a cheap van’s worth of indifferent strangers. It seems that nobody likes her.

High Society ends not with a bang, but a whimper that resembles its ratings as Tinsley plugs her handbag line—she’d named the bags after her castmates, with Devorah’s being the cheapest—and walks out onto Madison Avenue, still crying about Topper, the soon-to-be-ex who was wise enough to avoid this disaster.

Jules Kirby barely appeared in the finale. Apparently she was addressing the U.N. General Assembly.