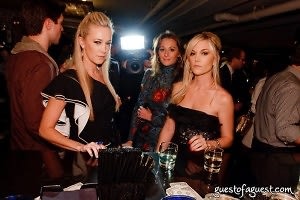 High Society is casting for its Hamptons-based second season. They want people who are "TRUE" socialites, have ties to the Hamptons, and are invited to the best parties and charities. So who should they cast? Oh, the possibilities...-

They have to have an impressive pedigree, AND have the makings of good tv. Here's who we would love to see on the second season of High Society... 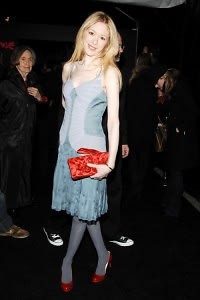 Why she fits the bill: 31 year-old Melissa first burst onto the scene after a 2006 Observer article in which she quipped:

"My parents enable me to live the lifestyle that I do. "

She goes to parties, doesn't have a job, lives on the Upper East Side, went to Chapin and then Princeton and then, briefly, to Harvard Law (all these seemingly vapid socialites really do have impressive educational pedigrees!). Despite all that Ivy League education, Melissa doesn't have a job now

Berklehammer has very specific ideas on what constitutes a good "High Society" event:

"I do think that when you go to a cocktail party, there should always be servers by the door with wine and champagne."

Would She Do The Show? There have been rumors that Berkelhammer's has paid to get into the right parties and get the right publicity, so she isn't exactly trying to stay low-profile. Additionally, she told the Observer:

"Fashion and New York society and Hollywood are kind of merging and becoming closer together."

So she clearly isn't of the blue-blooded "be in a newspaper three times in your life" stock. In fact, she loves to 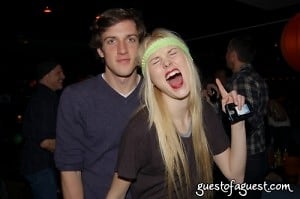 Why she fits the bill: As if the fact that her name is Kashmir isn't proof enough of her socialite-eligibility, Kashmir is supposedly descended from Lord Snowdon-Jones (though there are those who dispute this claim). She attended the Professional Children's School, which, ok, isn't quite Spence, but well-known enough. Kash knows all the right people and certainly can get into any Hamptons party. Besides, it's not her lineage that makes Kashmir perfect for the show, it's her good looks and scandalous Page-Six past that makes her our favorite candidate. Remember when she racked up thousands of dollar's on her frenemy's credit card? That was awesome. More of that on High Society, please.

Would She Do The Show: Kashmir doesn't seem to necessarily seek out attention the way some other people do, but she is friends with both Jules Kirby and Paul Johnson Calderon, so maybe they can convince her...

Why She fits the Bill: Emma was MARRIED to Kashmir's dad, but now they're divorced, awkwardly making Emma an Ex-Stepmother. This could be a fun, extra-awkward Tinsley and Dale 2.0. Not that there's much that's motherly about Emma; she supposedly got in a widely-publicized fight with Emily Brill back in 2008, despite being at least two decades older. And then of course there was this little gaffe...

Would She Do The Show: She's too old to be a central character (they're looking for 35 and under, according to the casting notice), and not quite Dale-age, so this might be a case of the casting directors not wanting to choose her. Too bad though! We'd love to see the carefully-orchestrated sparks fly between her and her former step daughter and they party-hop in the Hamptons! 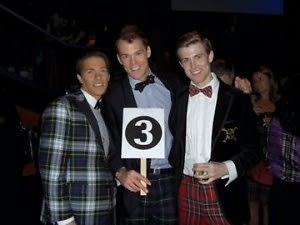 Why they fit the bill: Ok, so neither of them are from the Upper East Side. Kristian, however, Kristian is friends with Tinsley, Devorah, and many other socialites. And Robert Folwer, well, he likes plaid, so he's practically Paul Johnson Calderon already! The two ubiquitous guys are everywhere on the social scene--or try to be. As far as we know, these two are pretty nice, and certainly don't have a penchant for drink throwing, but maybe they just need a camera to bring it out. 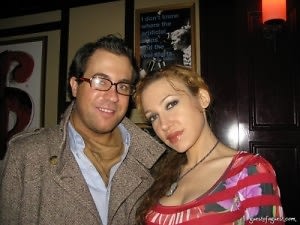 Would They Do The Show: We hear that Robert Fowler has been trying to get on a reality show for a while, frequently appearing on the background of RHNY, and, according to a tipster, "jumping into filming." Kristian might be a tougher sell, as he's busy working as the NY Editor at Refinery 29, but we're pretty sure he could find the time... 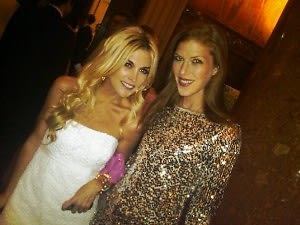 Why she fits the bill: This legit socialite is the daughter of diamond dealer Paul Vartanian. She's friends with Tinz, and attends the right mixture of fashion and charity events. She grew up "in society" (her words!), was a debutante, and certainly knows her way around the Hamptons. Not that she's been immune to press: Page Six made much of the fact that she fainted at a La Perla party. And the Observer reported that people consider her a little to eager to be snapped by PMc.

Would she do the show: It wouldn't be the first time! Vartanian filmed an unaired reality show called "Social Heights".

"I play the girl who's the real socialite and there's someone from Social Life Magazine who's in it."

Gee, who could that be?