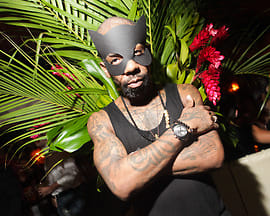 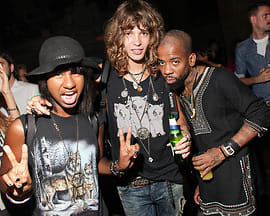 It's no wonder that a kid who used to run a speakeasy out of his Chicago basement would one day grow up to be one of NYC's biggest nightlife fixtures. From partying with Kanye to entertaining Prince at Kenmare, there's no such thing as a typical night out for Christian Alexander. He ran some of NYC's hottest spots, including Super Linda and The Box, so it's no wonder his famous friends have him on speed dial when they're in need of a good night in the city. And now, with his new book "The Secret Society: Modern Speakeasy Style and Design," which launches tonight at El Privado, we get an inside look into his exclusive world.

The other night, I went to meet a friend at the Standard Hotel at midnight. Then I get a call from my friend over at the Electric Room, and they told us to stop by. I went to say hi to Nur Khan and my friend Nicholas Kirkwood, who happened to be in town for the Victoria's Secret Fashion Show. He designed the shoes for the show. Another friend hits me up, Mos Def. He comes by and checks out the space, hangs out with us for a bit. This is how it just flows. This is my average night.

What time are you out until? 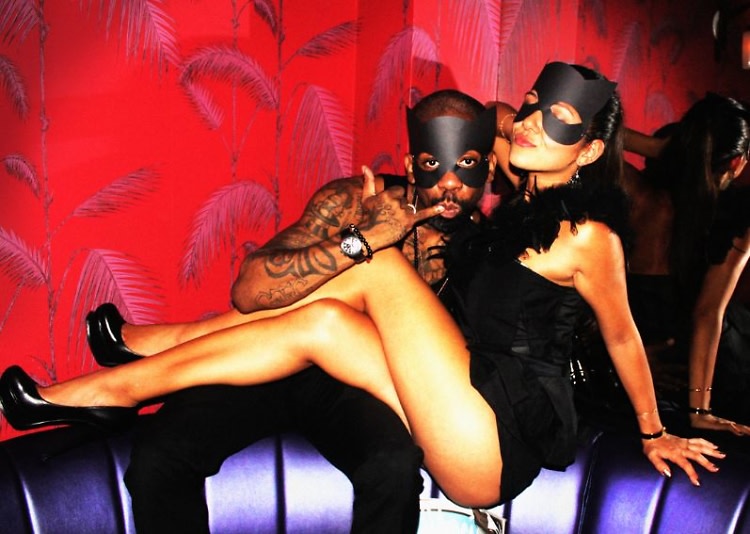 Where are your go-to spots in the city?

I like to go see Nur at Electric Room. Sometimes I pass by Le Baron. But nothing really excited me anymore besides El Privado.

Tell us more about El Privado...

It's in Hotel Americano. They have a beautiful new restaurant on the rooftop, Conosur, that's open during the winter. And I'm also going to activate their basement lounge as sort of a speakeasy. And you know what's funny? We live in NYC, but party in hotels. The Standard, Rose Bar, Electric Room. It's because those are the only places that aren't getting affected by the community boards. They don't get hassled. 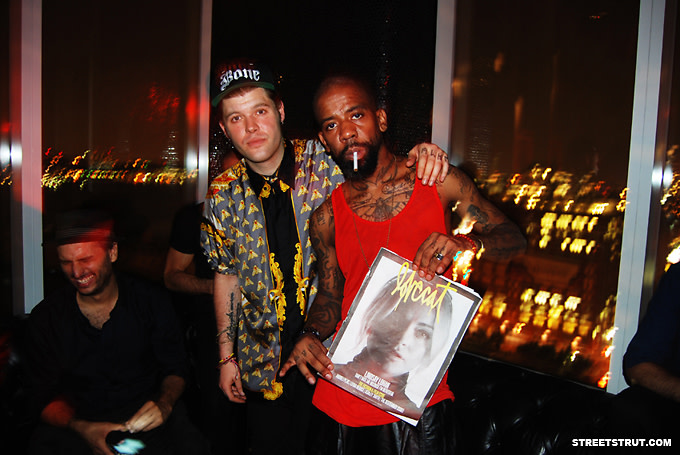 How did you get involved with it?

We were brought together. We didn't pursue each other. Someone connected us. That's how it happens in nightlife.

What's the most exciting part about this project?

All you need is a dark room and a DJ. It goes back to when I was a kid. I opened up my own speakeasy in my basement in Chicago, where I would charge kids to come in and party. I love the concept of the hidden door, and no one knows where we are.

Tell us about some of your previous jobs?

I was running Super Linda for Serge Becker, and I ran The Box for him as well. It's when I have my hands on something-- that's when I'm motivated. 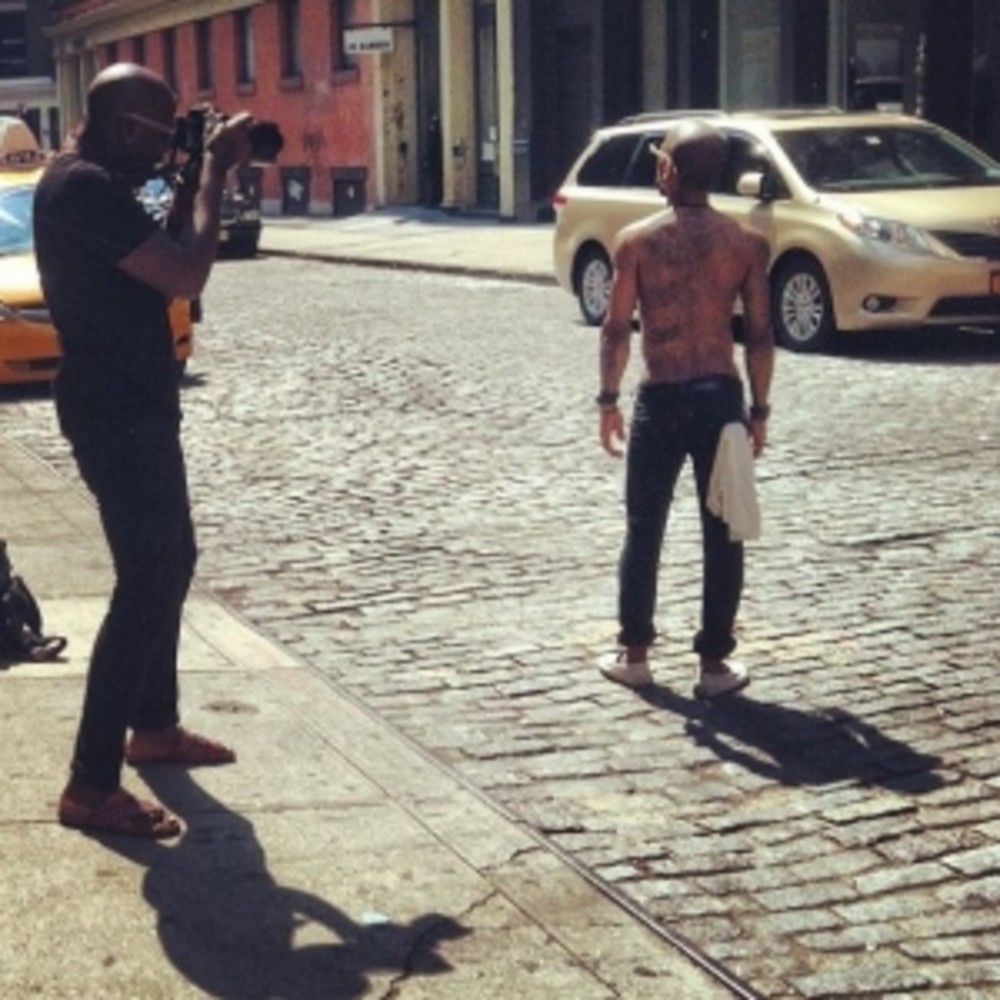 What was your first impression of NYC nightlife?

It used to be like big clubs. But not like big bottle service clubs. People used to go out dancing, and it was fun. It was a party. It wasn't all this skinny jean, all black outfits.

Bottle service killed NYC. It used to be where you couldn't buy your way into a club. You had to have style and confidence. And the people who couldn't get in? They would pool their money and start their own thing, their own clubs. So there used to be not enough places to go. But now, there are too many places to go... but no quality. I just think that it's a parade now, but no one's leading it.

What is the worst part about working in nightlife?

I find that there are a lot of assholes in nightlife. There's always someone who's going to walk up to you and shake your hand, and you have no idea who they are. In that way, they are adding value to themselves by saying hi to you. And you'd be surprised, there a lot of those social climbers. I have this quote, popularity breeds isolation, and I say that over and over in my head many times. The more people that know you, the more isolated you become, because those people shaking your hand don't really know you.

Oh and it's impossible to date in nightlife. I've tried, unsuccessfully all the time. Stepping stones... you just have to know that you're a stone.

The best part about being in nightlife?

Music, fashion and art drive NYC. It's about how these people all come together at night. Social networking all happens at night here. 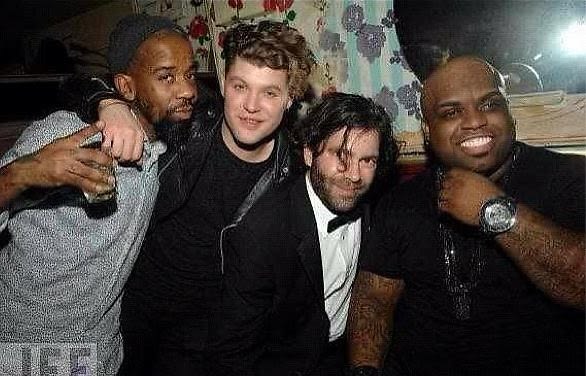 You've been know to entertain the likes of Prince, Kanye, Ceelo... how did this start?

It's because I know the ins and outs of what's happening. They'll just be like, I have some people in town, can you look after them? For example, a few years back, Prince's bodyguard called me up and asked me to show Prince around. He [Prince] wanted to see the creative scene in the city. I was at Kenmare- that's where I hang out- and I brought Prince there and he loved it. I think of him as an artist, so why would I take him to a cheesy club where we would hear Lil Wayne all night? You have to respect your clientele. I don't give people a party, I give them an experience. 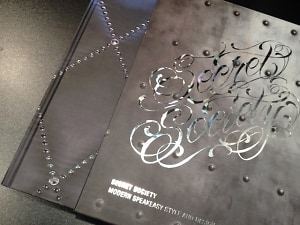 Any juicy stories you have from one of these nights?

Actually, one time I was outside La Esquina waiting on Alicia Keys. She was coming to meet me upstairs, so I went to grab a smoke. There were these two girls standing outside, and I was going to ask them for a light, but before I could even finish, they said "sorry... we don't have any change." And I'm like wow, I have David Beckham downstairs and I'm waiting on Alicia Keys but you think I'm a homeless guy. And on top of that, it's like, you actually just gave me some change, a lot of change, when you spent your money at La Esquina. That's just the irony of it. People are so superficial, especially in nightlife. 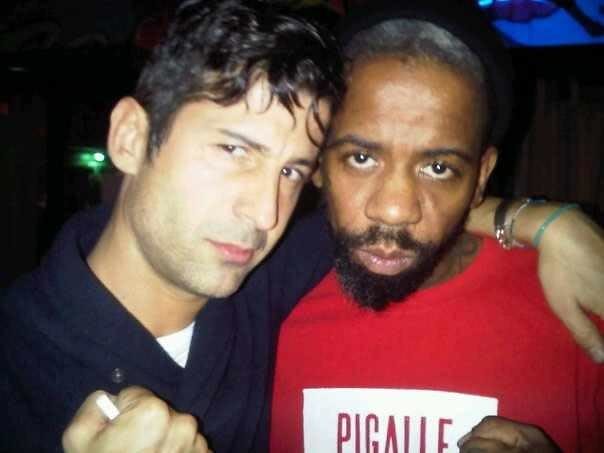 So, tell us more about your book.

It's an interior design book with interviews in it. You basically have all the top people in nightlife, who have been doing this for 30 years, telling you about their experience, in one book. It's a documentary, in print form.

Is it based on your experience?

They aren't even my experiences. I don't want to give you just a book of pictures. It's like the designers, the whole movement behind NYC nightlife. And I thought it'd be interesting to do like 10 interview. I started by asking Amy Sacco, Serge Becker, Steve Lewis, Andre Saraiva, Nur Khan, and before I knew it, it turned into like 40-50 interviews. From Vincent, who designed Le Baron, to Rassi, who started Milk Studios, there are people all over the world, my network of friends, who wanted to be involved.

Secret Society is bigger than a coffee table. It's a brand. The book is just the message of a larger idea. 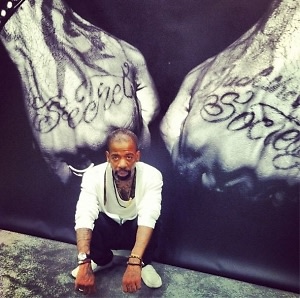 Out of all these people you interviewed, who do you consider as your mentor?

Surge is my mentor. Nur is also my mentor, but he's becoming more of an inspiration to me. But you know who gives me the best advice? Amy Sacco. She once told me that it's important to remember that in nightlife, you can't be running on little energy. You need to take time for yourself and make sure to recuperate from the night before. You're no good to anyone if you're not giving it 100% of your effort.

In 10 years- where do you see yourself?

I don't know if I'll still be in nightlife because it takes a lot out of you. Maybe I'll be in Paris, open up a little bar. I want to be out of NYC. I think that's true for a lot of people. I think everyone is working their asses off in New York so they can go chill out in LA or something. I think everyone just wants to breeze in and out of the city.