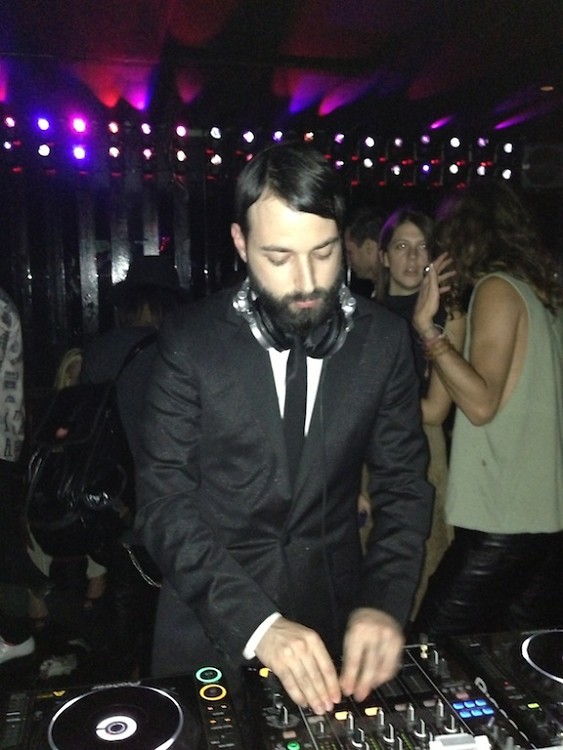 In a city that's constantly being fed new "fashion" DJs, Mike Nouveau has managed to set himself apart. His skill in setting a party off, combined with his commitment to stay true to his personal style, has been rewarding, which is evident by his string of high-profile clients including Calvin Klein, Purple Magazine, and the famed New York New York Party. Mr. Nouveau got his start like many other DJs before him, by going out a lot: "Every night of the week you could go out...Monday night you could go to Beauty Bar, Tuesday night you would go to Scenic, Wednesday you go to Lit, Thursday you would go to Happy Endings, Friday you go to Happy Valley...something like that." Not long after, he realized he could throw these parties himself: "We were just playing The Cure, The Smiths...there was no mixing, just playing rock n' roll. So I was watching and I thought 'I can do this. Instead of paying these DJs, I can do this.' So the next party I threw, I DJ'd it, and that was it. Then suddenly I was a DJ." Stay up to date with Mike Nouveau at @mikenouveau Where can we see you DJ? The Soho Grand. I travel a lot, so the only weekly thing I do is Saturday nights at Soho Grand. I do mainly special events or private events. There's nothing that's on a schedule, but PH-D, Avenue, Electric Room...I did the first two years at Avenue. Then I did PH-D when they first opened. I've done a bunch of Travis Bass' parties. Favorite album of 2013 so far I have no idea...Yeezus. Probably Yeezus. Favorite song of 2013 so far I like "On Sight," the first track of Yeezus. I've played it in clubs, but it's not really a club song. Song we'll always hear you play every time. In the last year or so I feel like I play "Baby I'm Yours" by Breakbot like every set. 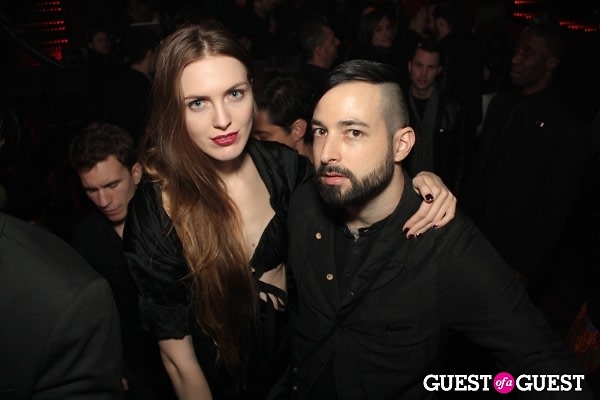 [Madison Stephens, Mike Nouveau] Weirdest request you've gotten? I get terrible requests all the time. I can be at a club and someone wants to hear Calypso music. Just like people who might as well come into the club deaf, and have no idea what's going on. What song do you trust to turn the crowd up? Theres no guarantee, but "What's Love" by Fat Joe. Your all-time favorite gig. Every time we do the New York New York party in Paris with Tommy Saleh, that party is always amazing and really, really fun. It's during Fashion Week, so there's always a lot of energy. Calvin Klein does some really chic events that I DJ some of. Cannes, Zurich or Art Basel - those are really chic. What's your dream event? Probably just like a big Parisian fashion shows. I mean Chanel, Dior...couture shows. The actual shows, not just the after party. The runway music. If you could open for anyone, living or dead, who would it be? I'd say The Clash.
1 of 10