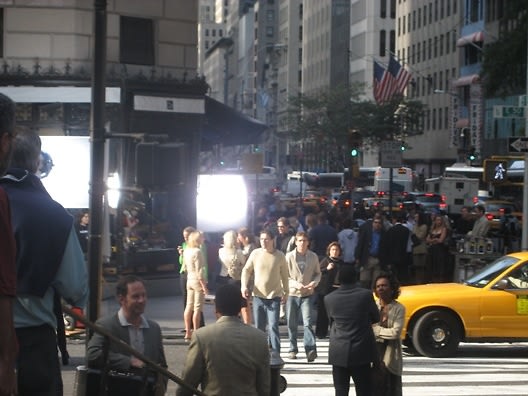 Even before I had the chance to glaze over today's Page Six, I knew that there was something going on around 51st and 5th.  I quickly found out that they were doing a shooting for the Sex and the City movie, and while what I saw took place outside of the Saks Fifth Ave store, apparently there is a major wedding scene that they will be filiming outside St. Patrick's Cathedral, across the street from the store all day today.  After over 2 years of living here, I still can't get over the things that take place in this town on a random Tuesday.  The filming of the movies, shows, or commercials I see being made around me, start to become part of the very environment I live in, just as much as the Starbucks on the corner down the street.  That being so, I still find myself excited over seeing said filmings on the big screen.  I will see Sex and the City the movie and will anxiously await the scene outside Saks and St. Pat's.  I was, for just a moment, a small part of this alternative reality on film that so many love to get caught up in on screen.  And it felt surprisingly real. 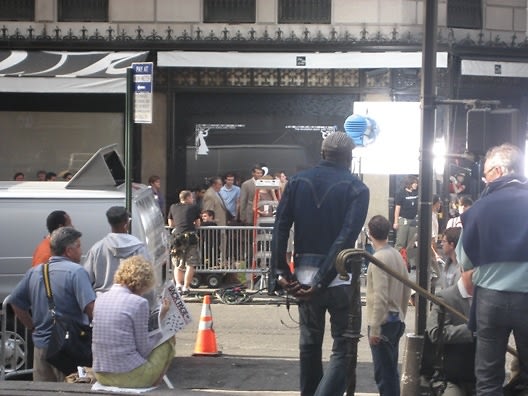