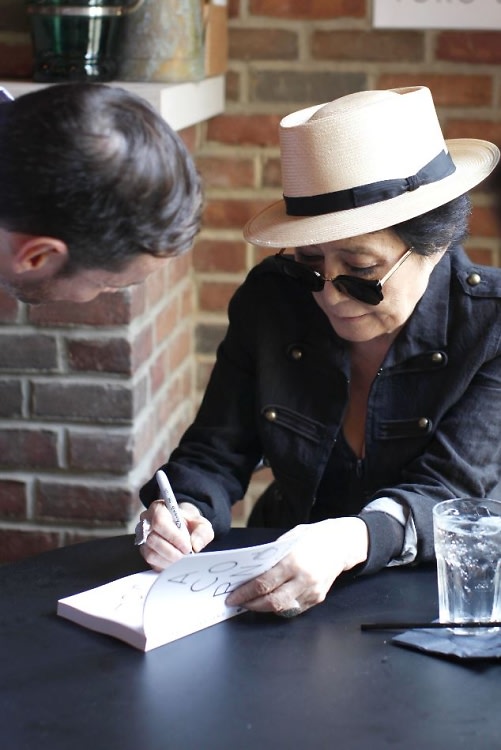 Where: Refinery Hotel Who was there: Guests included Yoko Ono. Other details: Yoko Ono hosted a party on the new Refinery Hotel Rooftop to launch her new book, Acorn – a sequel to her acclaimed book of poetry from 1964 called Grapefruit. Ono welcomed that crowd with a humble “Hi, I’m Yoko” and went on to claim that we, as a people, no longer have the attention span for full chapters, so she wrote Acorn in short bursts. She looked fantastic (she’s 80!) with a full black ensemble, her signature sunglasses and a straw hat. [Photo: Yoko Ono via PMC] 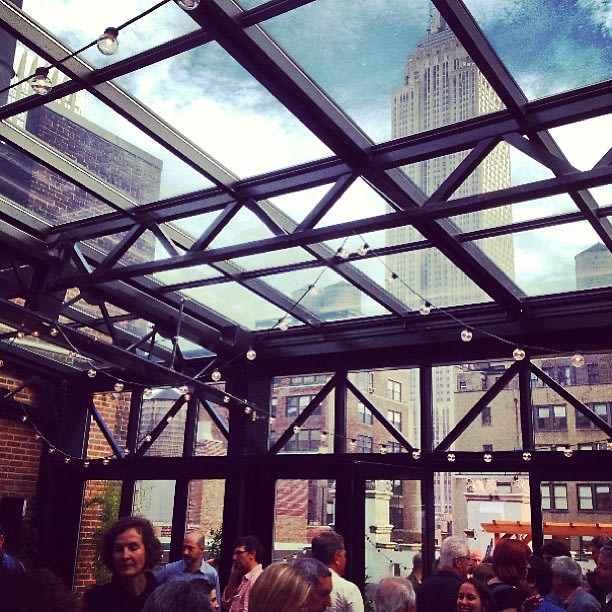