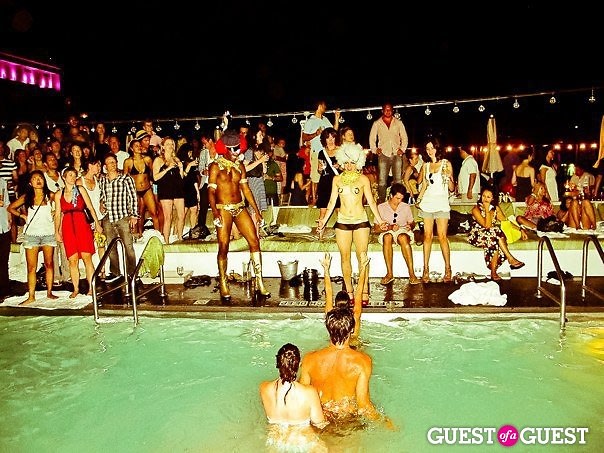 Page Six ran an item today claiming that Soho House banned the photographer who took pictures of Cristiano Ronaldo hanging out at the pool earlier this month. "Soho House takes member privacy quite seriously.", the article states. Not so, says our source!- 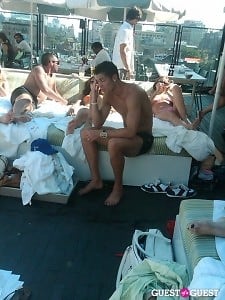 Soho House is notoriously private, but apparently they made an exception on July Fourth.

"Normally Soho house has a no photo policy, but on July 4th they allowed people to take photos for some reason...there are hundreds on Facebook. Not kidding you--everyone was blatantly taking pictures."

A quick perusal of Facebook corroborated this story: there are tons of photos online, all from different sources, of the July 4th party at Soho House. In many of the pictures, you can even see people in the background holding cameras. (The Post says management "combed through hours of surveillance video to find the culprit." That was...unnecessary!)

The members-only club apparently makes exceptions to the no photography rule at parties. Cristiano Ronaldo just happened to be at said party; we can't imagine he was unaware of all the cameras, so he implicitly agreed to be photographed.

The Page Six article says the photographs were taken "around July Fourth", so it's possible the contentious pictures were in fact from that weekend and not the heavily photographed party.

The Times Of India (Yeah, random, right?) has a slightly different spin on the story.

"Evidently, football star Cristiano Ronaldo and his model girlfriend Irina Shayk were being clicked by his photographer while playing around in the club pool around July Fourth. But despite being a member, he has now been banned from the club and had his membership revoked."

The use of pronouns in this clip is especially telling: HIS photographer? Meaning Ronaldo's personal photographer? If that's the case, then this isn't even about celebrity privacy, it's just about keeping Soho House itself underwraps which just seems a little...futile.

Either way, revoking someone's membership for this seems a little extreme, and a little too "Ahem, do you KNOW who we ARE!" of Soho House. Don't make photos ok for one afternoon, but contraband for the other 364 days a year. 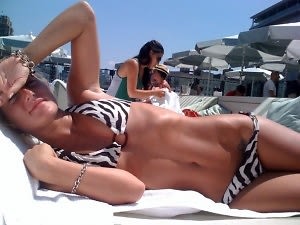 [Every last one of these pictures, via Facebook, but NOT the banned photographer]