The GofG Buzz: 5 Things Everyone Is Talking About This Week 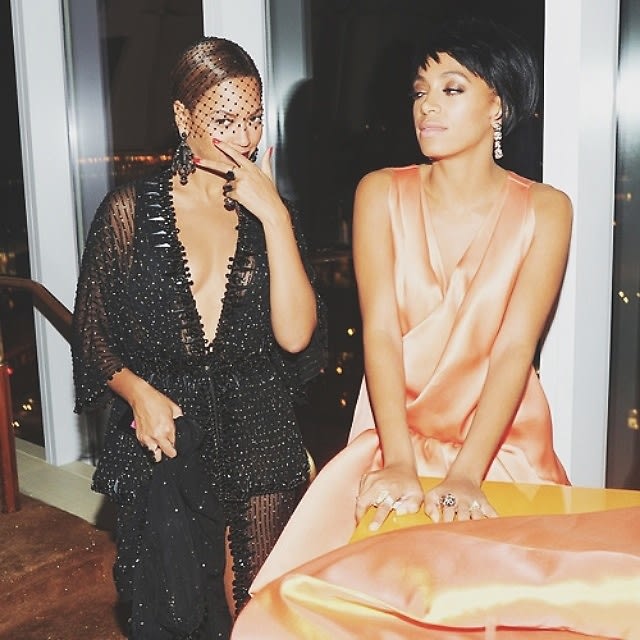 Let's rephrase that. The post-Met Gala elevator drama between Solange, Jay, and Bey was less of an "incident" than it was (and still is) a "saga." First, the mystery: WTF Solange? Then, the back and forth on Instagram: Solange deletes all traces of Bey, Bey responds by posting up her favorite moments with sis. Next, the RiRi rumors: What's she got to do with it? Of course the whole thing is a bit ridiculous since it's a private family matter that kept the entire world on the edge of its seat like some sort of white Bronco police chase, but it's Beyoncé so we care. It finally culminated in a surprisingly normal public statement made by the royal family of music, which basically said, "We got over it, so should you." [Photo via @mil_acasos]
1 of 5