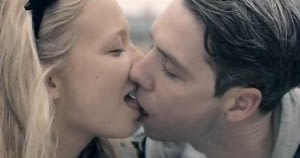 The Chinatown spot was scheduled to be ready by February for Fashion Week, but has remained closed. Since that time Andre has released a CD with Kitsune, sunglasses with Illesteva, and taken on the position as creative director of L’Officiel Hommes.

The Shoe , Andre's first foray into film, is inspired by the Nouvelle Vague genre and features Kids actor Leo Fitzpatrick as a thief who gets served by karma.  He wrote the script with Purple magazine publisher Olivier Zahm.

"The shoe thing was a reference to when I was a kid in the 80s; people used to steal expensive cool loafers,” Andre tells Nowness. “In America they used to steal your Air Jordans; in France they would steal J.M. Westons.”

So will Andre continued to be distracted? Will Le Baron ever open?  NY Observer's Nate Freeman recently caught up with Andre who told him, “I don’t know when Le Baron will open.  Maybe it will never open!” But wait! He followed it up with news that he will be in NY the next few months "to watch over the construction of Le Baron.”