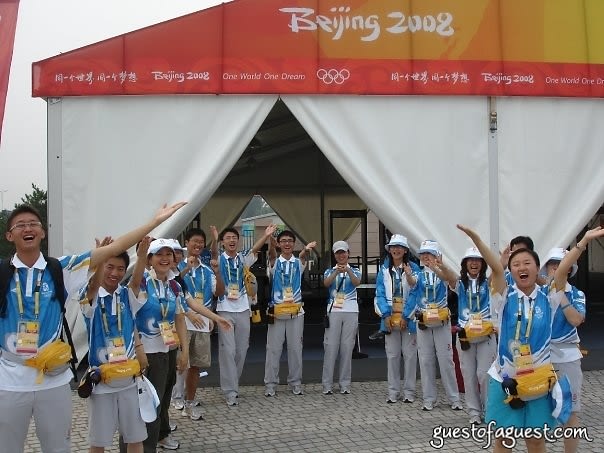 Our correspondents in Beijing are getting PUMPED for opening ceremony which begun today.

Jason Read (Gold Medal Winner in Rowing in Athens) has found himself, once more, in the middle of an opportunity of a lifetime at the Beijing Games.  You can read about his adventures over at the Wall Street Journal HERE and HERE.  Today, he has shared his first of many photos to come.  Also, stay tuned for JR's reports from the Beijing party circuit in week two when their events are over.  He's already sent us a preliminary schedule and it looks like the guy is going to be tuckered out by the end of the ordeal.  If anyone can represent our country both on the water and in the clubs, it's J.R.

The final leg of the Olympic torch relay began today. The flame has traveled 137,000 kilometers through 130 cities in 130 days. Its record setting journey will culminate tonight at the National Stadium where it will ignite the cauldron to signal the start of the 2008 Olympic Games.

Take a look at hottie Jason Read and his Beijing photos thus far: