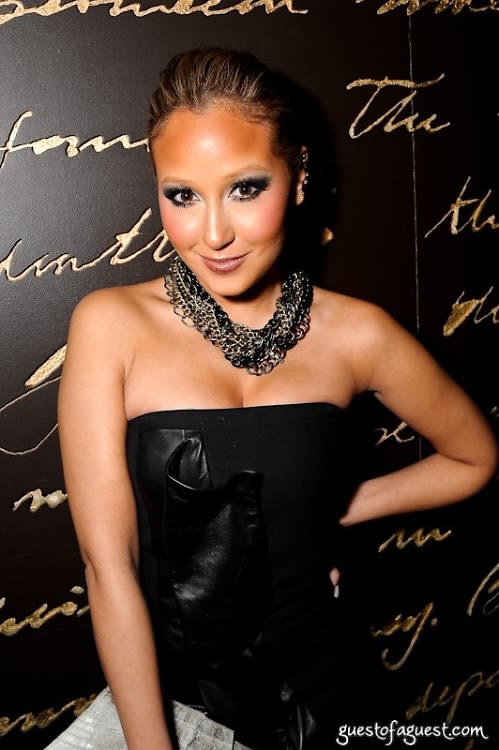 Adrienne Bailon is an actress/singer/songwriter who became famous as a member of Disney\'s The Cheetah Girls, and now hosts programs for MTV.

She dated Kardashian younger brother Rob Kardashian and appeared on episodes of Keeping Up With The Kardashians. Bailon has dealt controversy after nude photographs of her were leaked in 2008. Now, Bailon keeps a relatively low profile, attending events like Russell Simmons\' Art For Life party and Nylon\'s 10th Anniversary party at the Thompson Hotel.

Last Weekend's Hamptons Parties: A Look At What You Missed | Monday August 19, 2013