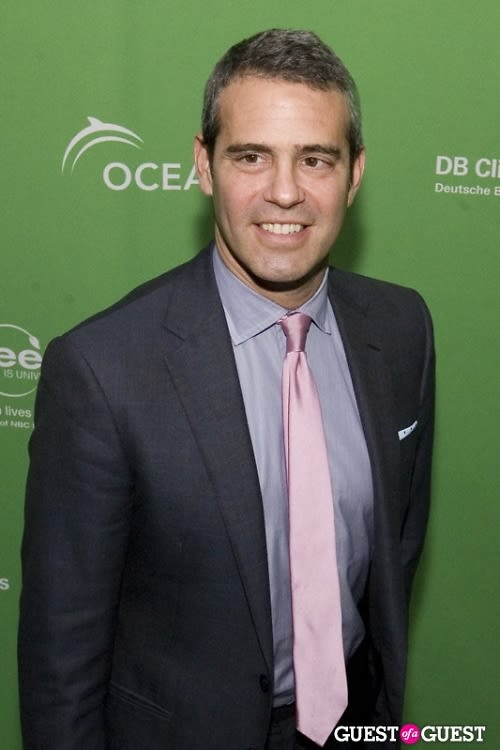 Andy Cohen is Senior Vice President of Production and Programming for the Bravo Television network. He has overseen the development of many popular reality shows on the network, including The Real Housewives franchise as well as Project Runway, Top Chef, and The Millionaire Matchmaker.

Prior to working at Bravo, Cohen was a Senior Producor for CBS\'s \"The Early Show,\" and would later move onto NBC subsidiary, TRIO: a network that celebrated culture and the arts in entertainment programming.

Cohen has recieved several awards and Emmy nominations for his work in television. In both 2005 and 2008, for example, he was awarded Peabody Awards for his involvement as executive producer of TRIO\'s documentary, \"The N Word,\" and for Bravo\'s hit show \"Project Runway.\" His work on \"Project Runway,\" \"Project Greenlight, \"Queer Eye For the Straight Guy,\" and \"Top Chef\" have also garnered him a total of 9 Emmy nominations.

The Bravo exec has served as host to a couple of the network\'s reunion shows. In fact, during the taping of the reunion for The Real Housewives of New Jersey, Cohen unintentionally revealed that he was gay. According to Cohen via New York Magazine, the exec became offended when one Housewife husband referred to another as a gaylord. Upon outing himself, Cohen admits:

“I felt really self-conscious about it, because it was the furthest I’d gone in terms of including myself in something...”

Cohen, who is originally from St. Louis but who now calls New York City his home, graduated from Boston University with a Bachelor\'s degree in broadcast journalism.