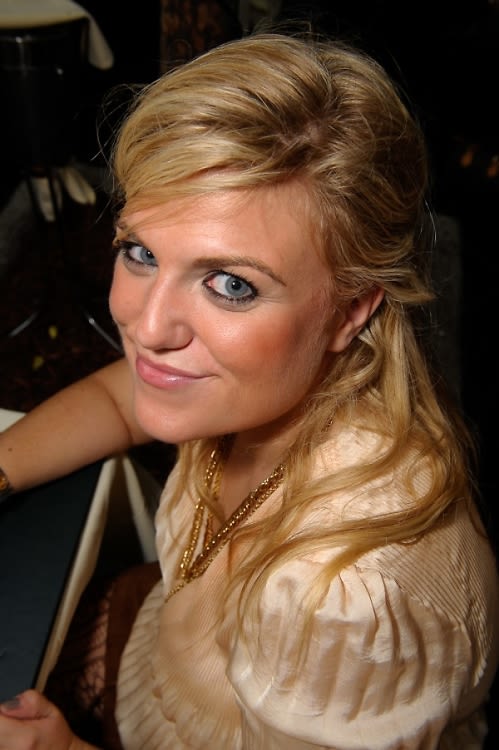 Carson Griffith is a gossip columnist for the New York Daily News’ Gatecrasher.  Born in Sewickley, Pennsylvania, Griffith’s family now resides in Philip’s Beach in Marblehead, outside of Boston, Massachusetts.

Carson attended the College of William & Mary where she graduated with a BBA in International Business and a BA in Classical Civilization. While there, she also studied at the Mediterranean Center of Arts & Sciences (MCAS) in Syracuse, Sicily, as well as the University of the Aegean in Rhodes, Greece.

After graduating from William & Mary in 2007, Carson moved to New York City the following fall. She worked in fashion public relations and marketing before eventually making the transition to a career in journalism.

Besides the New York Daily News, Griffith has written for a number of online publications, including GuestofaGuest.com. During the summer of 2009, she resided in the Hamptons full-time with the GofG team. She also served as the site’s “Fashion Correspondent” until December 2009.

Carson has a brother, Michael, who currently attends Harvard University in Cambridge, Massachusetts.  Her uncle, Tom Griffith, is the lead anchor at New Hampshire’s WMUR, which is home of the “First In The Nation” Presidential Primary.

COINTREAU & GUEST OF A GUEST HOST AN END OF SUMMER SOIRÉE AT GEMMA | Saturday September 26, 2015

The Relaunch of Guest of a Guest & The Prelaunch of The Ludlow Hotel | Wednesday May 28, 2014

Hopper: A Journey Into the American Dream | Wednesday March 6, 2013

The Biggest Names In Nightlife Come Together For Rocco Ancarola | Wednesday December 14, 2011

Cocktails In The Garden At Merchant's House Museum | Thursday September 15, 2011

Cocktails in the Garden at Merchant's House Museum | Wednesday September 14, 2011

Pop Up Restaurant Series "The Hunger" Private Preview | Wednesday May 12, 2010

Pulse of the City Hamptons Kick Off | Saturday August 8, 2009