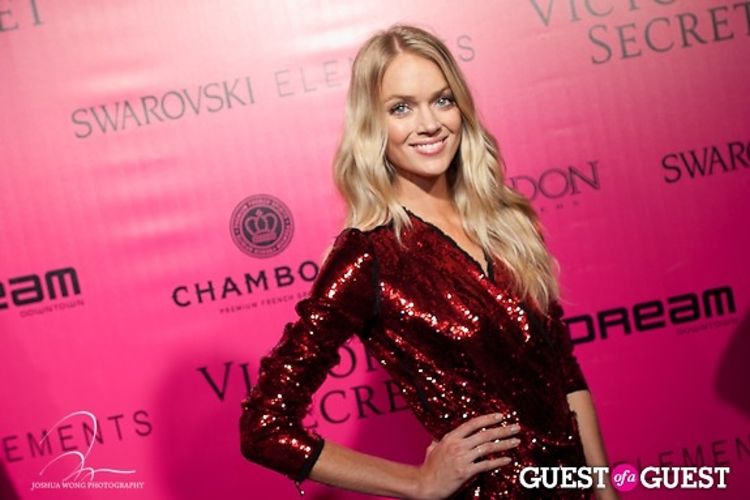 Lindsay Marie Ellingson is an American model. She has modeled for Shiatzy Chen, Blumarine, Chanel, Christian Dior, John Galliano, Gucci, Valentino, Lacoste, Victorias Secret, Marc Jacobs, Oscar de la Renta, Zac Posen, Diane Von Furstenberg, and Giorgio Armani. She has been featured in campaigns for Moschino, DKNY, MAC, Dolce and Gabbana, Charles David, H&M, and Tommy Hilfiger. She has graced the covers of Vogue, Marie Claire, Elle, D Magazine, GQ and L'Officiel internationally and has appeared in the pages of Allure, Flair, V, and i-D. She is most known for her work as a Victoria's Secret Angel, a role she has filled for the last five years. She was also chosen to be spokeswomen for "Body by Victoria" by Victoria's Secret alongside Alessandra Ambrosio and Marisa Miller and then selected to be face of its perfume line VS Attractions and its new bra, Gorgeous. As of 2011, she is one of the faces of Clarins. In 2012, Ellingson was featured in Jacques Olivar's Forever Young photobook.

She currently lives in New York City, although she attended UC San Diego and has an international modelling resume.

The Most Powerful People In Media Really Know How To Party | Thursday April 7, 2016

The Cinema Society With Chrysler & Bally Host The Premiere And After Par... | Monday December 10, 2012

Last Night's Parties: VS Angels Strut Down The Runway And Fashion Show A... | Thursday November 8, 2012

Best Week EVER: Kanye Rocks The Runways And Sells Out MSG, All In Versace | Thursday November 10, 2011