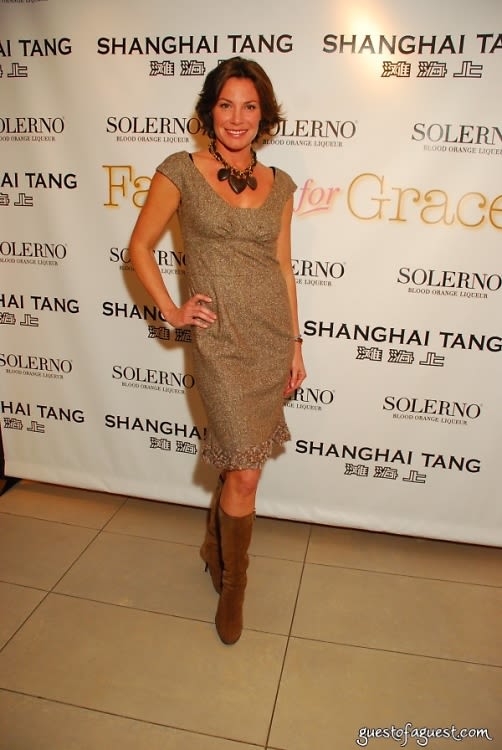 Luann de Lesseps was raised in Connecticut by her Algonquin father and French mother. After traveling Europe, she began working as a model for Wilhelmina in Italy. She quickly became a high profile Italian TV personality. After spending about three years in Europe, she began a romance with Alexandre Count de Lesseps and married into high society. They had two children together, Victoria and Noel.

Today, "The Countess" is best known for her appearance on The Real Housewives of New York City. Her infamous opening line to the show, "I never feel guilty about being priveleged."

She is widely recognized as an etiquette expert. She is also an author, her first book, “Class with the Countess”: How to Live with Elegance and Flair was released in 2009. In April, 2010 she released her first song, "Money Can't Buy You Class."

She divorced her husband this year as a result of reports of infedility by the Count. This year has been a year of transitions for her. She is currently dating and living between New York City and the Hamptons.

She is a strong supporter in giving back to the community, and offers her volunteer leadership to the American Cancer Society.

Guess by Marciano and Harper's Bazaar Cocktail Party | Friday May 20, 2011

Jogo By Pooneh Sambas Its Way Into Bridgehampton | Tuesday August 3, 2010