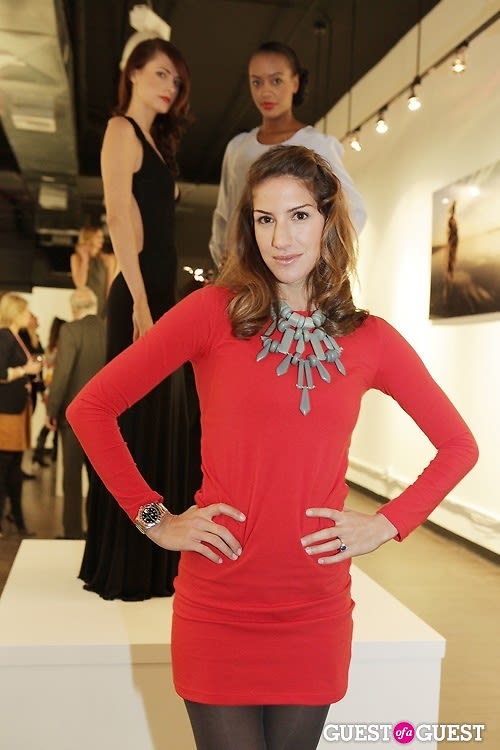 Minnie Mortimer was born Marion Fountain Mortimer. Sister of Topper Mortimer and half-sister of Peter Davis, she is a member of the prominent Standard Oil family. Minnie split her time growing up between Manhattan, Palm Beach and Southampton. She attended Brearley, Sacred Heart and Saint Marks (a prep school outside of Boston). Soon after, she jetted off to Paris, where she studied for a year before making her return to New York to attend ICP, a premier photography school. She soon dropped out to travel, shooting with famed photographer Oberto Gili.

While traveling, she met famed director and screenwriter Stephen Gaghan (Traffic, Syriana) at Diane von Furstenberg and Barry Diller\'s pre-Oscars picnic in Los Angeles. At the time, she didn\'t know he was an Oscar winner, and he was unaware that she was a member of one of high society\'s most prominent families. After a quick courtship and Parisian getaways, they married on May 19, 2007 at St. Thomas Church in Manhattan. She is stepmother to Gardner (born 1999) and Elizabeth (born 2001) from Gaghan\'s previous relationship with actress and model Michael McCraine. Minnie gave birth to their first child, a daughter, on February 2nd, 2009.

Minnie is a prominent fashion designer who began her line with just a few pieces in the spring of 2009. It quickly developed into something bigger, and she released her first collection the following fall. She currently has pieces in boutiques in America and Japan. She has stated that her design mentality is to create simple, elegant clothing that she would wear herself.

Though not as active on the social scene as her former sister-in-law Tinsley Mortimer, Minnie can be spotted at fashion events, charity lunches and galas on both the east and west coasts.

You Should Know: Minnie Mortimer and Sarah Howard | Monday March 14, 2016

SXSW — The Idealists + Representation at The Hotel Cecilia | Tuesday March 15, 2011