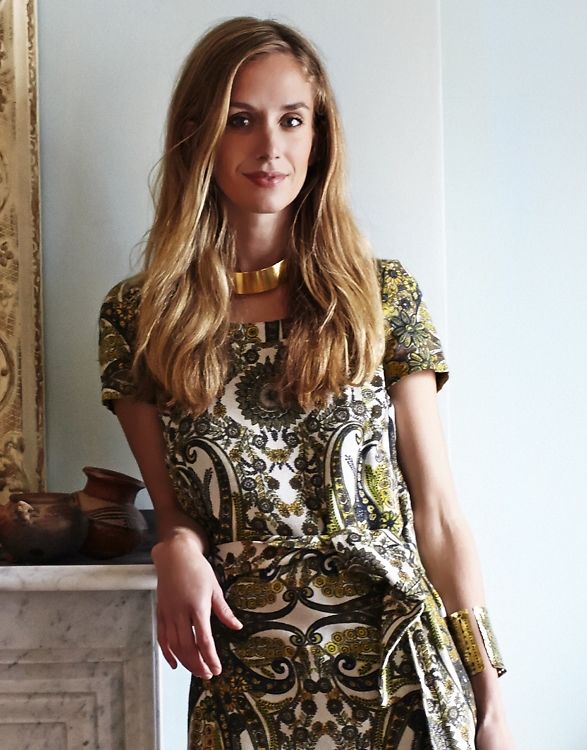 Rachelle Hruska MacPherson is an American new media entrepreneur. She is the Co-Founder and CEO of Guest of a Guest, a site that covers events, people, and places. Since its inception, Guest of a Guest has grown to include a picture database of thousands of people and events all over the world, with concentrations in New York City, the Hamptons, Los Angeles and Washington DC. Hruska was recently named one of the 13 under 30 by the NYPost, and the Most Influential Women In Technology in 2011 by Fast Company.

Hruska is married to Hotelier Sean MacPherson. They live in NYC and Montauk with their two sons, Maxwell and Dashiell.

Inside Guest Of A Guest's Holiday Soirée At The Dining Room By Marie Cal... | Monday December 12, 2016

Guest of a Guest and Cointreau's Exclusive Soiree with Mario Batali at L... | Wednesday June 8, 2016

IT'S OFFICIALLY SUMMER WITH OFF! AND GUEST OF A GUEST PHOTOBOOTH | Tuesday July 14, 2015

Guest of a Guest hosts a screening for the ABC Selfie campaign | Wednesday September 24, 2014

Guest of a Guest's ABC Selfie Screening at The Jane Hotel I | Monday September 22, 2014

The Relaunch of Guest of a Guest & The Prelaunch of The Ludlow Hotel | Wednesday May 28, 2014

Vote For Our Founder, Rachelle Hruska, As Your Favorite VIP On Carolina ... | Friday January 11, 2013

Truth Or Derian: Rachelle Hruska Gets A Tour Of Her Favorite East Villag... | Tuesday December 18, 2012

Guest of a Guest and Assouline Celebrate Launch of Gypset Travel By Juli... | Saturday August 25, 2012

Local Writers Are Behind This Guest Of A Guest Site | Thursday August 2, 2012

SXSW — The Idealists + Representation at The Hotel Cecilia | Tuesday March 15, 2011

Who's Been Going Out The Most This Fashion Week? | Thursday September 16, 2010

The Chanel Party: Pictures And Gossip From Inside | Friday September 10, 2010

The Real Housewives of New Jersey Are All About Safer Sex | Friday June 26, 2009

Interview With Designer Keith Lissner: On The Launch Of His New Online S... | Monday April 20, 2009

The Cobrasnake And Facehunter | Wednesday March 5, 2008