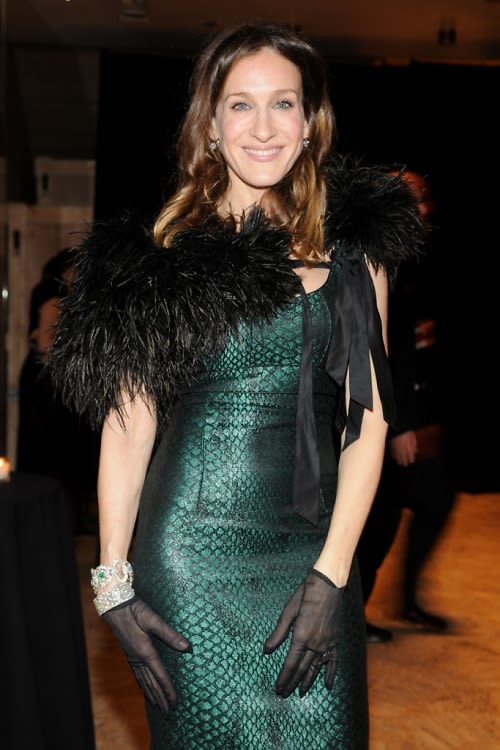 Sarah Jessica was born and raised in Nelsonville, Ohio. Her mother was a nursery school teacher and her father a journalist and entrepreneur. She was one of eight children. Sarah Jessica began her career with the Broadway revival of The Innocents. From that point on she was acting in shows such as Annie, and The Sound of Music. As a teen Sarah Jessica had roles in 80\'s classics, such as Foot Loose and Girls Just Wanna Have Fun.

Sarah Jessica is now married to Matthew Broderick, with whom she has three children. She is the face of three perfumes, and has continued acting in such films as The Family Stone and Did You Hear About the Morgans?