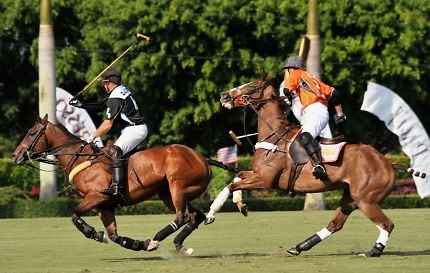 Though the weather attempted to be threatening, it ended up being a beautiful Sunday afternoon for the 2012 Nespresso United States Open Championships at the International Polo club in Wellington, Florida.

Two very strong teams, Lechuza Caracas and Zacara, prepared to meet on the Piaget field. The victory title could have easily gone to either team. On Sunday, however, it was Lyndon Lea’s team Zacara, who managed to go home with the trophy.

Lechuza had hopes to be a two-time winner of the US Open, but Zacara was evidently more determined. Earlier this year he won the title for the British Open, and winning two Open titles in one year was not only their goal, but an expectation for the team. Zacara made this very clear not just to Lechuza, but also to the crowd when 10-goaler Facundo Pieres scored the first goal of the game in the opening thirty seconds of play.

Mike Azzaro, a US Open veteran, scored four times, getting the MVP credit by putting Zacara in the lead. Pieres scored three goals in the game. The speedy and no longer eligible bachelor, Magoo Laprida added a pair of goals and the jet-setting U.K. patron, Lea scored the last goal for the 10-8 win. It was truly a team effort on the field this year! 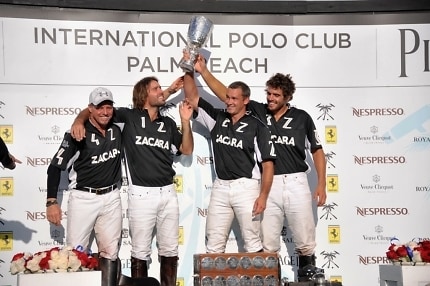