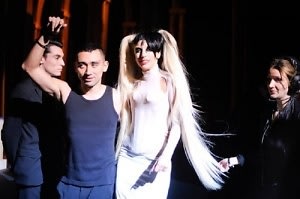 One more day till this crazy week in fashion is over! Turns out Blake Lively doesn't think attending the Chanel show is "tacky,"  Paris fashion week continues as does Paris Hilton's desperation for work, Lady Gaga struts down the runway and buys what she's selling at Mugler and much more!

1. Blake Lively tells Fashionista why she isn't attending the Chanel show and it isn't because she thinks it's a "tacky" move. She has a job ladies, she can't be a no-show on the set. Hear from her about her job as Chanel's new brand ambassador and life avec Karl. [Fashionista] 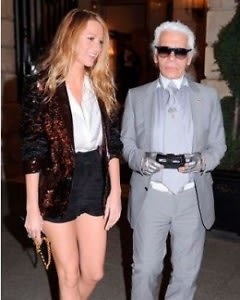 2. Another fashion meltdown? How much more can we take? Balmain's Christophe Decarnin was absent from his runway show today. There were rumblings that he's in a mental hospital and also official word that he was tired, too tired to bother showing to his own show. [TheCut] 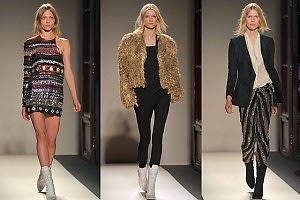 3. Kiss the winter blues goodbye. Prada releases Spring/Summer 2011 reminding us that colors exist and the sun will eventually shine once again! [Luxist]

4. A zoo for your lips. Not the most kissable, but certainly creative. [Refinery29] 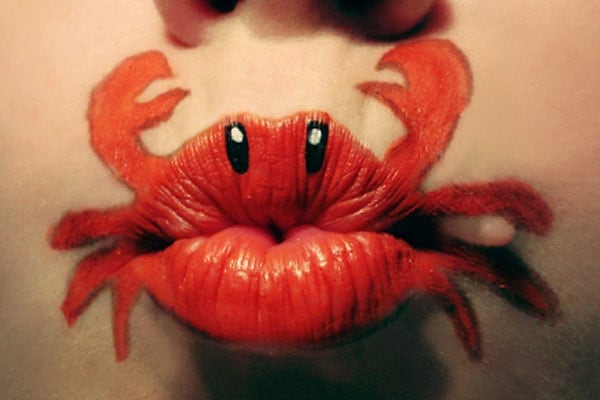 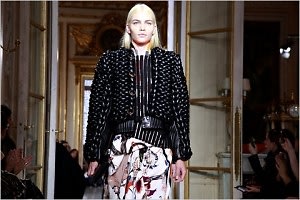 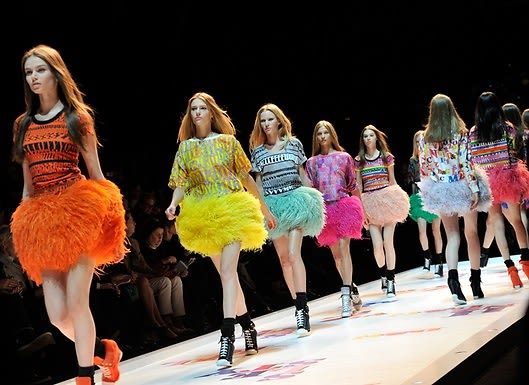 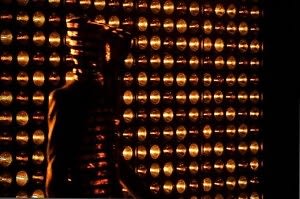 8. You take the subway to work, Paris Hilton had to fly to Brazil to find work. The fruits of her labor for Triton have been released. [Racked] 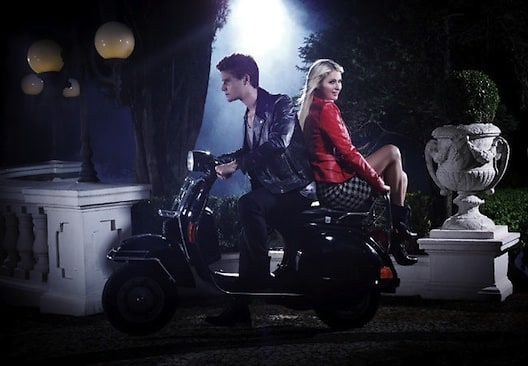 9. Gaga is buying what she's selling. Lady Gaga, walks the walk, talks the talk and buys the entire collection at Mugler fall 2011.  [Fashionista] 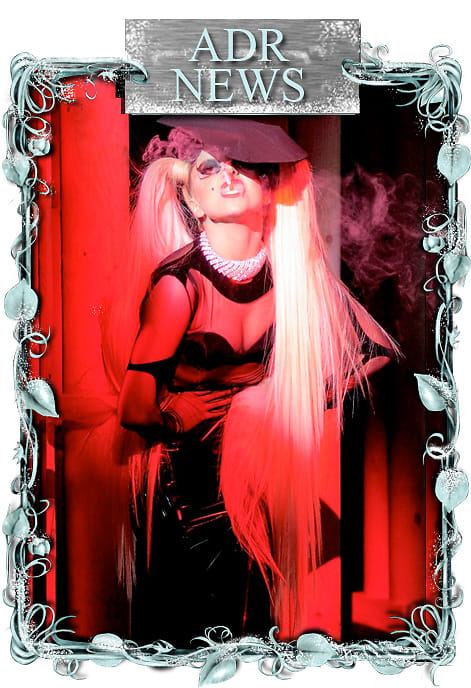 10. Two brothers from Canada, take us on a journey to the wild wild west at DSquared [HonestlyWTF] 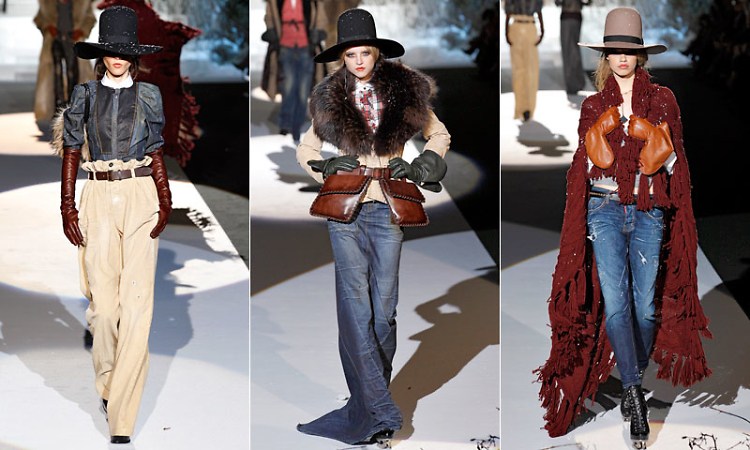 11. Everyone is longing for spring, perhaps our skirts should follow suit. Here's 20 reasons why. [TheFeast] 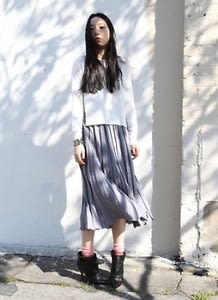 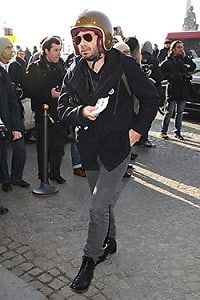 14. Kelly Cutrone has been tirelessly working on her new clothing line , The Electric Love Army. Cutrone told WWD that the line is inspired by the "brainy, sexy" Phoebe of  "Fast Times at Ridgemont High" fame. [SheFinds]

15. A Rochas on the runway in Paris. [HeardOnThe Runway] 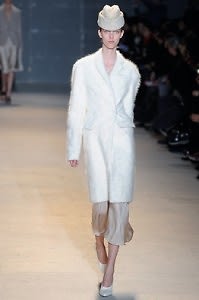 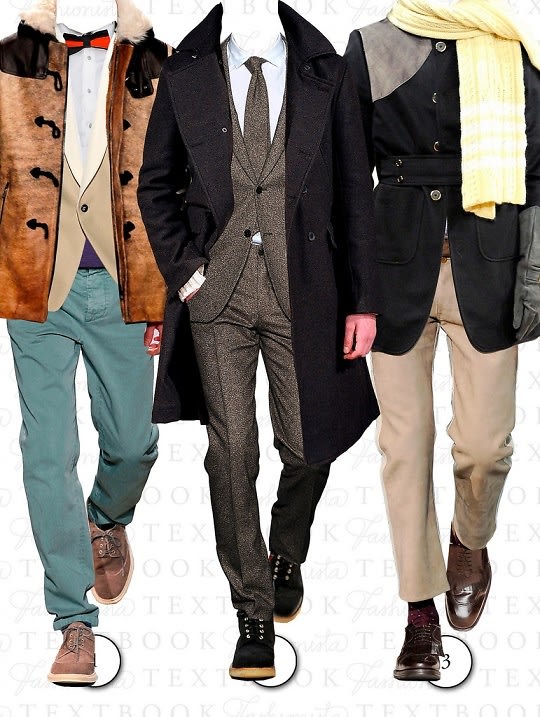 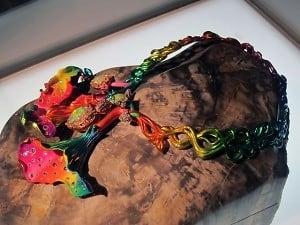 18. Bookies are taking bets to see who will fill in for Galliano at Dior. Whose your money on? [TheCut]

19. The thin and always opinionated Karl Lagerfeld weights in the Galliano scandal. [The Telegraph UK] 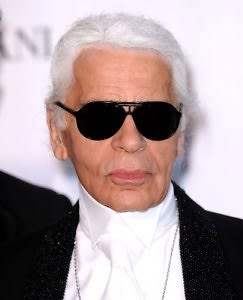 20. @derekblasberg tweeted "I guess it makes sense that after mining 80s shoulders and Punk safety pins, Balmain would go to the future. Its a Sci-Fi David Bowie moment" [Twitter]

21. @derekblasberg tweeted "Balmain did not disappoint on textures and sparkles. Particularly liked the oversize sweatshirt shapes that were bedazzled into minidresses." [Twitter]

22. @fromthefrontrow tweeted "According to French newspaper Le Figaro--the Dior show at the Musée Rodin will go on tomorrow but Sunday's John Galliano show is cancelled"[Twitter]