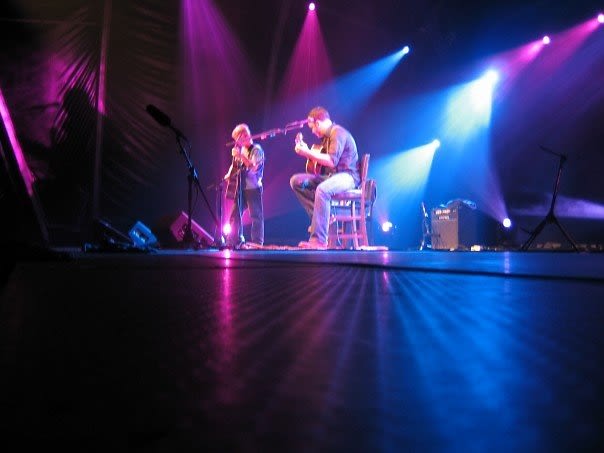 Last weekend's concert of Dave Matthews and Tim Reynolds at the Ross School was definitely the musical highlight of the Ross School's summer concert series.  There has certainly been lots of talk about how the tickets for the concert series haven't been selling well, and some flap over ticket prices being reduced for those affiliated with Ross.  Nevertheless, this was a packed house, and seeing these two guys jam out is always a treat.  Their set list was well chosen incorporating classics like #41, Crash, Crush, Satellite, as well as some lesser known favorites:

So Damn Lucky, Old Dirt Hill, Crush, Stay or Leave, Grace is Gone, Save Me, Still Water, Don't Drink The Water, #27, Cornbread, Oh, Gravedigger, Loving Wings, Where Are You Going, Satellite, Lie In Our Graves,  Stream, Kashmir, Stream, Sister, The Maker, Crash Into Me, #41, Dancing Nancies

But we have to say Tim really stole the show (and generally does when he plays with Dave).  Dave is certainly the creative genius, but Tim's command of the guitar is unbelieveable.  The guy has serious chops, and adds great color to the songs.  But sometimes it looks like the guitar is bigger than Tim himself!  (Notice: Dave sitting is as tall as Tim standing). 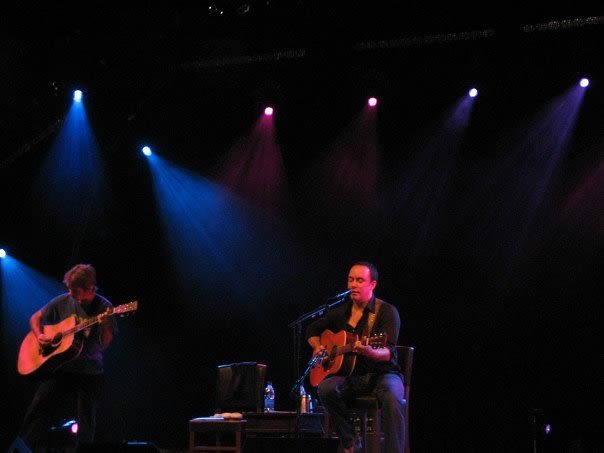