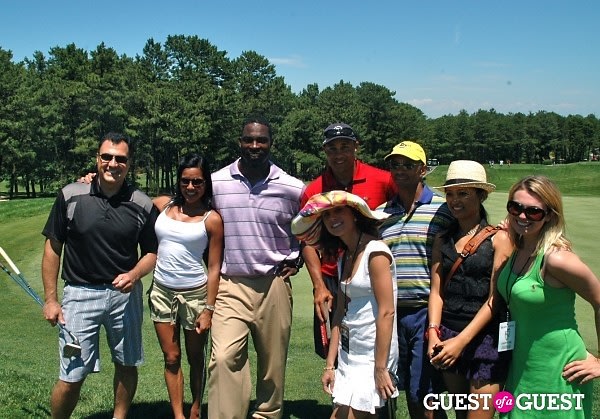 [Justin Tuck and John Starks with the Svedka girls, Rachel Heller of Social Life, and Britta Lofgren of GofG]

Go HERE for more photos by Samantha Kantor and tag yourself and your friends!

Though residually sunburned and a bit burned out from yesterday's festivities, we've managed to pull together a full report plus photos from the the 6th Annual Hamptons Golf Classic.

Since our last report yesterday afternoon, we made our way around the course one more time for a few photos with the players (and maybe a few more Moscow Mules...) then wrapped up the day with the dinner, awards ceremony, and charity auction.  Jill Zarin from Real Housewives of NYC was given the honorary award for "Most Honest Golfer," coming in last place as the only female participant.  Host Justin Tuck didn't quite make it into the winner's circle either, joking:

"I might owe Hampton Hills a bill later because I hacked it up a bit out there."

The host also auctioned off a jersey of his worn during the second game against the Dallas Cowboys; after some back-and-forth in the crowd, Tuck threw in two tickets to an upcoming charity event and a guy in a JETS JERSEY (seriously. who does that.) shelled out $5K for the win.  All proceeds from the auction benefit Justin Tuck's R.U.S.H. for Literacy charity committed to raising funds to donate books and other reading materials to support children in the New York City and Central Alabama communities. 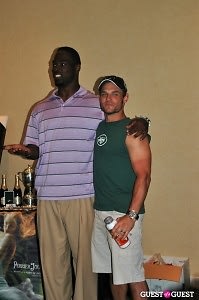 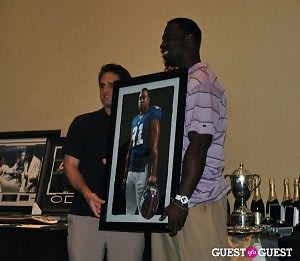 Some of the other "celebrities" we came across along the course included RHoNY stars Sonja Morgan and Jill Zarin, famous father Michael Lohan, and even that guy who used to be on that show Average Joe like five years ago! 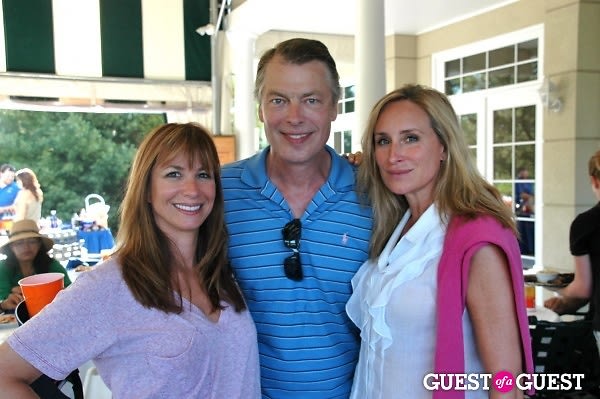 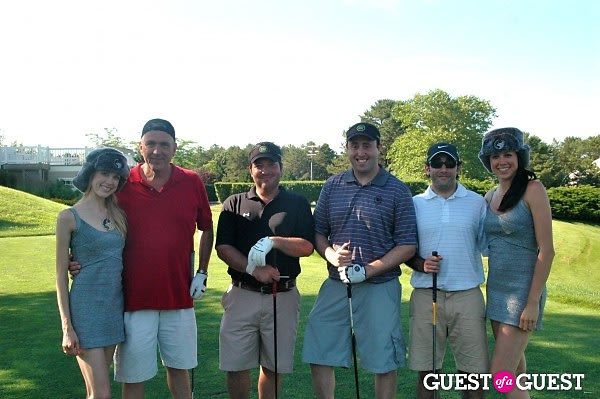 And now that we've realized that golf can actually be a fun sport (or at least with sponsors like Russian Standard and Dos Equis it can be...), you may just see us out on the course for real next year!