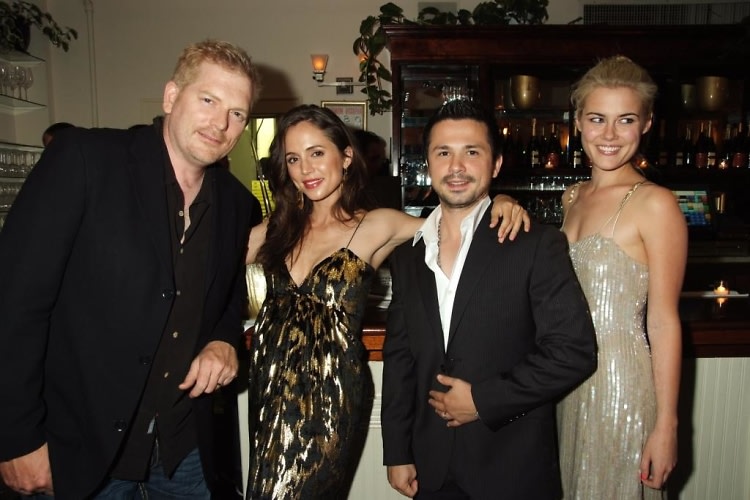 Go HERE for more photos from this event by Rob Rich.

"Bottle shock" is a temporary condition of wine characterized by muted or disjointed fruit flavors. It often occurs immediately after bottling or when wines (usually fragile wines) are shaken in travel....It is also a film opening tomorrow about  by Randall Miller, about a small California winery and the shock waves it set off in 1976 when it beat out the most exalted French wines in international competition (The Judgement of Paris).

The film stars Alan Rickman, Bill Pullman, Chris Pine, Rachael Taylor, Freddy Rodriguez, Eliza Dushku, and Dennis Farina. Most of whom were on hand for the after party of the film's premiere in Southampton which took place at Savannah's Restaurant.  Go Here for more information on this movie.

More photos by Rob Rich below: