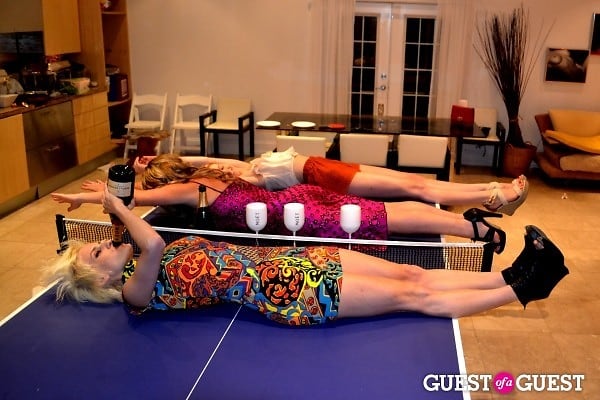 Go HERE for more photos by Gabrielle Bluestone and tag yourself and your friends!

It was all champagne goblets, planking models and flowing Moet Ice Imperial at a dinner celebrating Betsey Johnson, Flatt Magazine's July covergirl.  The freewheeling Johnson was out in full force at the champagne-fueled dinner, held at the Page Estate in Sag Harbor.

Johnson, accompanied by her boyfriend Bobby and her daughter LuLu, sat and chatted with her employees -- all dressed in Betsey -- while a few girls planked with bottles of Moet on a ping-pong table.

"[The Hamptons] are the yang to my yin," Johnson, who owns a house in East Hampton, said. "I feel so good in my backyard, in the trees and the flowers. I love opposites and I love the crazy, best-city-in-the-world New York, and then I love being out here." 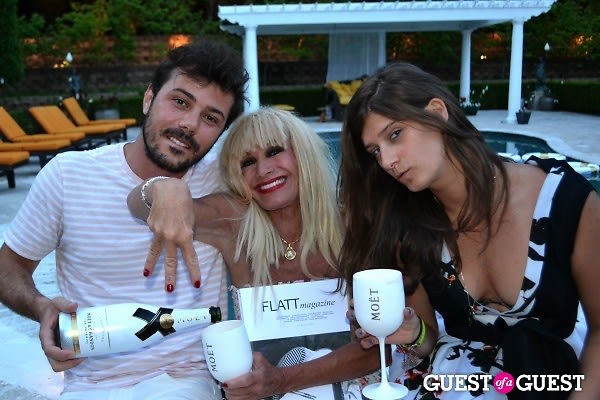 "After my last divorce I celebrated. I wanted to be with [daughter] LuLu and I said, 'LuLu where do you want to have a summer?' and she said the Hamptons and I was like, 'Not the Hamptons!' I was here with Andy Warhol and the whole crew from the '60s and we were treated like shit," Johnson said. "But we rented for the summer right off Stephen's Hands Path and I just loved it. I celebrated when I punched out my breast cancer and I punched out my last husband and I rented out here and I bought a house that September."

Though Johnson sipped on a plastic goblet of Moet Ice Imperial, she said she and Bobby often prefer to stay close to home.

"We tend to stay in our neighborhood, because we sure don't want to drink and drive and get arrested, so I do love the new East Hampton Grill. It's rocking, it's fun the food is great. And we make sure we go to the Living Room and Nick and Toni's," Johnson said. 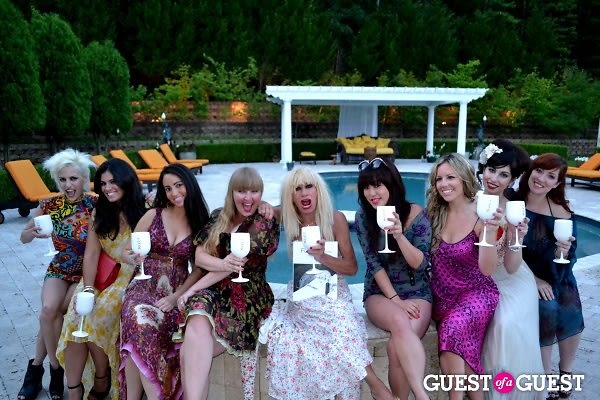