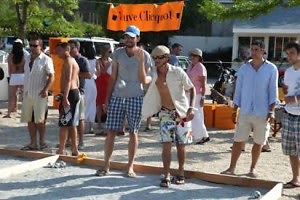 [Pétanque Tournament at Sunset Beach] While the rest of us headed back to work Monday morning, These Hamptonites jumped on the Shelter Island Ferry extending their weekend for the Veuve Clicquot’s Annual Pétanque Tournament in celebration of Bastille Day. The Veuve Clicquot Brut Yellow Label bottles popped early as the Pétanque (game similar to bocce ball originating in France) tournament kicked off at Shelter Island fave, Sunset Beach. Who were the players during this popular French pastime?... Chefs from popular Manhattan and Hamptons restsaurants including The Modern, Ono at The Gansevoort, and Nick & Toni’s were among the guests ready to get their game on. The Grand Prize included a custom Pétanque set and a magnum of Veuve Clicquot Champagne taken home by The Olde Country Inn team from Shelter Island. More photos below... 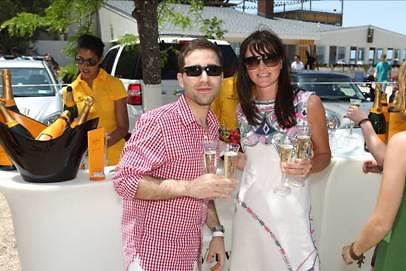 The team from The Modern 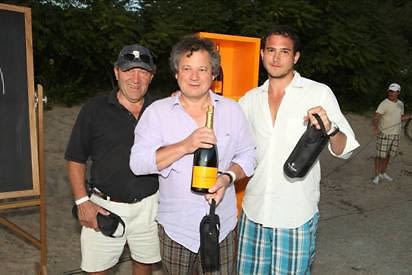 The winning team from Olde Country Inn in the Hamptons 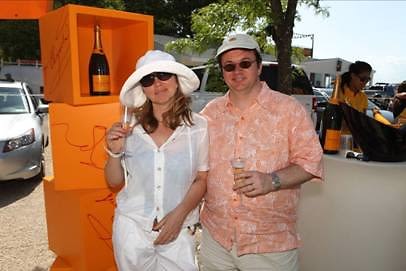 Chef John DiLeo from Ono at The Gansevoort 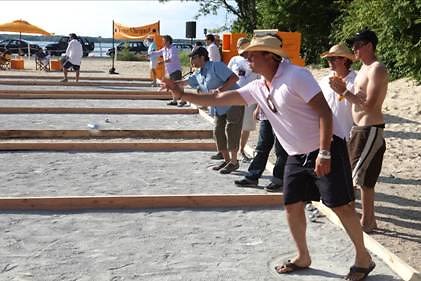