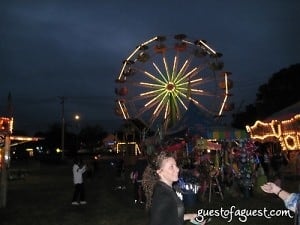 [Kendra Seay remembers what it's like to be a kid. Go HERE for more photos from our night at the Southampton Carnival]

Last night, on our way to a book signing by Bethenny Frankel, you would have thought someone unleashed a band of 8 year old girls in our GofG mobile by the shrieks of pure joy filling the Range Rover when we passed the Southampton Carnival. Even though it wasn't even dark yet, the ferris wheel was already lighting up the sky, and I swear I could smell the funnel cake from Montauk Highway. How did we not know this was going on?!

So immediately after departing the Wolffer Estate, we headed straight back to the carnival with visions of sugary foods and height-defying rides in our heads. Our first stop was the ticket booth. Just as expected, unlike the church carnivals and local fairs of our youth, the Southampton carnival was a bit more expensive i.e. every ride was 4-5 tickets to go on, which translates to about $4-5. At this rate, we decided to keep it to a thrifty two rides per GofG girl, and headed over to the ferris wheel to start. Maybe it's a girl thing (or an us thing?), but there's nothing like a big pretty ferris wheel. 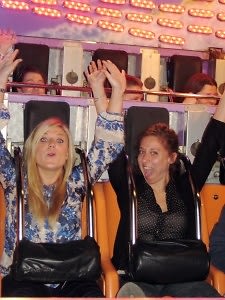 Of course we were tweeting up a storm about how much fun we were having. And Kristin kept yelling "One more time!" when we were going around. Unfortunately, we think the man in charge of the thing took her a bit too seriously, as it turned into the never-ending-carnival-ride. Good for our photo shoot we decided to have due to time availability, bad to the fact we literally were on it for half of our duration at the carnival. Now if you are the type that thinks the ferris wheel is bor-ing, than we can recommend the RIPTIDE to you.

Many amusement parks and carnivals have some variation of this ride (see below for pictures). You know, it's the kind that goes around and around, and whips you very fast. The feature that makes the Southampton Carnival's extra exhilarating (scary?) however, is that it's creaky and feels like it might break at any second! Kind of exciting right?! Probably why Kristin wouldn't get on it with Kendra and I. I think her exact words were "I'm not getting on that Final Destination thing." To each their own, I say. Besides, Kristin's more of a game girl. Unfortunately, she didn't play the goldfish game because our original plan was for her to win a goldfish for us to take home as a pet. We already had a name picked out for him: Foster Kramer. My personal highlight of the carnival however was the cotton candy. Until it got all over my face. But when you're 8 years old, that never really mattered that much now did it? 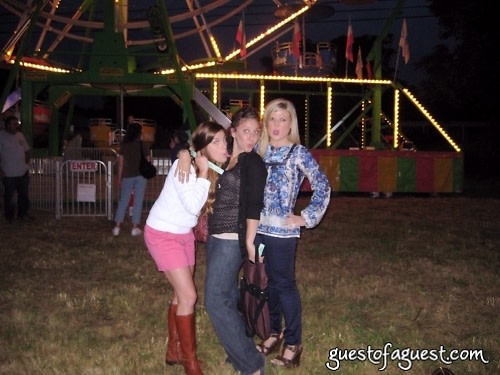 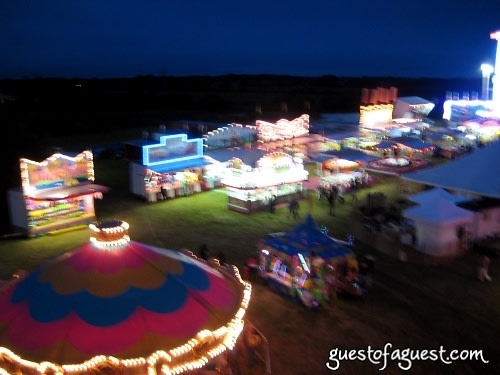 A view from the top... of the Ferris Wheel 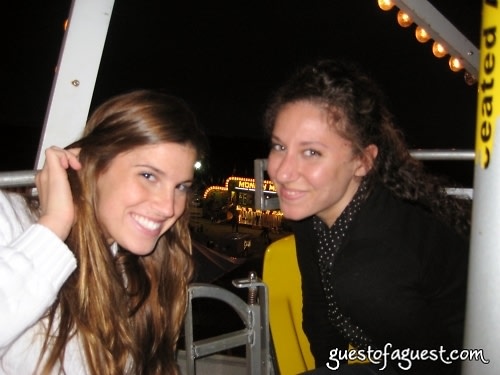 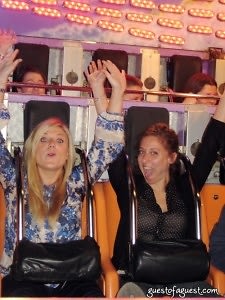 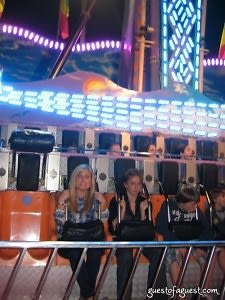 Carson Griffith and Kendra Seay on the safe and sturdy RIPTIDE 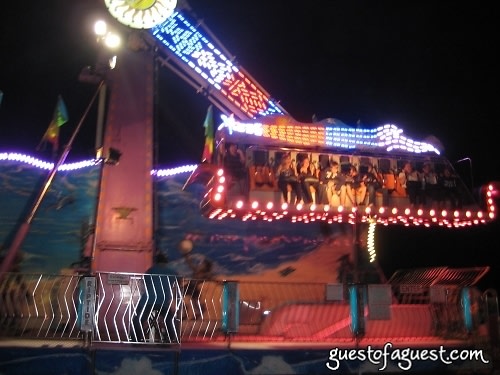 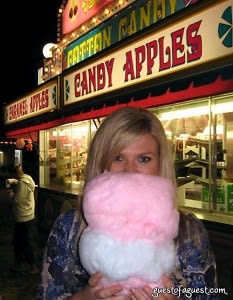 And I finally got my cotton candy!

More pictures by the fabulous Kristin Luciano of the Southampton Carnival HERE!