Go HERE for More Photos and Tag Yourself and Your Friends!

Bridgehampton got a burst of exotic color and samba with the opening of the much anticipated Jogo by Pooneh boutique boutique which is fast becoming the de rigueur stop-in for chic Hamptonites and visitors alike. Browsing to the upbeat bossa nova and samba beats, guests found themselves no longer on Main Street Bridgehampton but rather a tropical paradise.

Hosted by Haley Binn, Kimberly Guilfoyle and Susan Shin, the opening celebration also was the kick-off for the Best Buddies Gala that will be held August 21 at the home of Anne Hearst and Jay McInerney. A generous portion of proceeds from the evening was donated to the organization, whose mission is to establish a global volunteer movement that creates opportunities for one-to-one friendships, integrated employment and leadership development for people with intellectual and developmental disabilities. 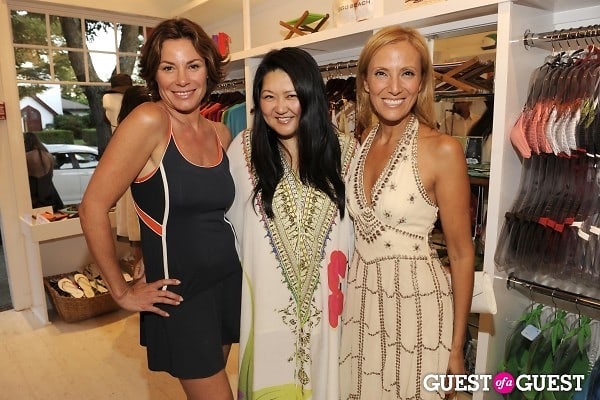 "Jogo by Pooneh is a celebration of passion for life, color, opportunity and for giving back." 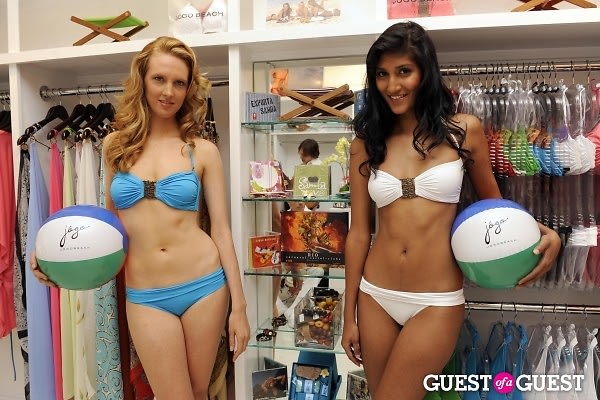 Countess Luann de Lesseps stopped by, straight from the courts in her tennis dress, and ready to shop for a new dress; fellow Real Housewives of New York star Alex McCord broke the dancing record, showing off her samba skills with the Grupo Irek band. 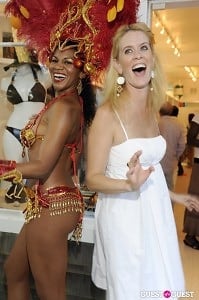 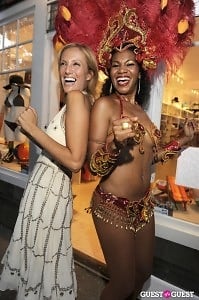 Founded by Pooneh Mohazzabi, with creative and operational input from her sisters, Jogo by Pooneh launched last year in New York City to much acclaim. The opening of the flagship store on Bridgehampton furthers their vision of expanding the brand globally, in line with their other businesses throughout the world.