Go HERE for More Photos by Gabrielle Bluestone and Tag Yourself and Your Friends!

You know that feeling when you stumble across the most amazing designer duds at a random yard sale or thrift store?  Well, that's kind of what Super Saturday is like.  Except you don't have to stumble across anything - it's ALL amazing. And you'll find yourself brushing shoulders with scrounging celebs, too. Oh, and it's for a good cause.  Best garage sale ever?!  Hell, we'd go as far as to call it the best event ever. 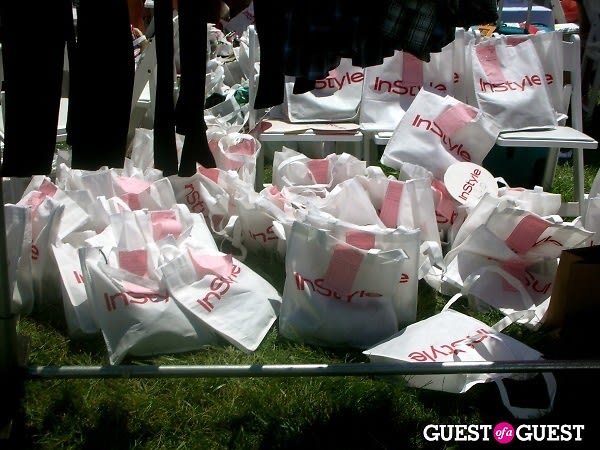 Super Saturday 13 really covered all its bases. What started thirteen years ago as basically a designer tag sale for charity, has now evolved into a family event with countless sponsors, celeb appearances, and of course some of the best deals imaginable on all sorts of designer clothing.

Hungry? Take your pick from snack sponsors Pinkberry, Crumbs, and Carvel (we obviously opted for the cupcake option). Thirsty? Well, there's a bar...but that seemed a little bit aggressive for 11am...so we instead hydrated with some O.N.E. Coconut Water and a couple bottles of VOSS. Need a break? Explore the Essie tent for manicures, the giant moonbounce (probably only if you're sub-ten-years-old), the Votre Vu van, or the Physique 57 activity booth. And, of course, when you're ready to shop, check out all the selections from designers like Diane von Furstenburg, Cynthia Steffe, Ella Moss, Ralph Lauren, Brooks Brothers, Juicy Couture, Vince, Theory, Steven Allen, and...oh my, there are really too many to name.

Some of our favorite picks? We were definitely fans of the DvF and Cynthia Steffe (pictured left) booths, with dresses under $200 (that retail for much, much higher), as well as Steven Allen for bloomers and men's shirts, Chantelle for lingerie, and Madewell for summer staple tees and dresses. 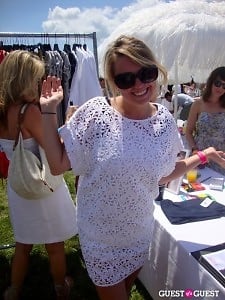 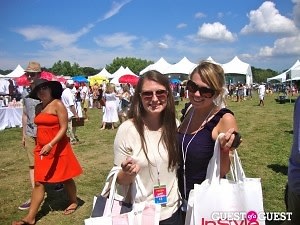 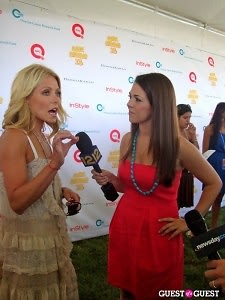 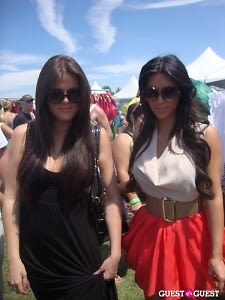 The whole Kardashian clan (Kim, Khloe, Kourtney, Kris) were in attendance as well, Kim of course walking the lawn in five-inch heels...because what else would you wear to a giant garage sale?

And let us not forget WHY we were enjoying ourselves so much on a Saturday afternoon.  No, no, we're talking aside from the great deals. Every year, Super Saturday is hosted to support a great cause - Ovarian Cancer Research Fund - and this year they raised over $3.4 Million. We'll shop to that!