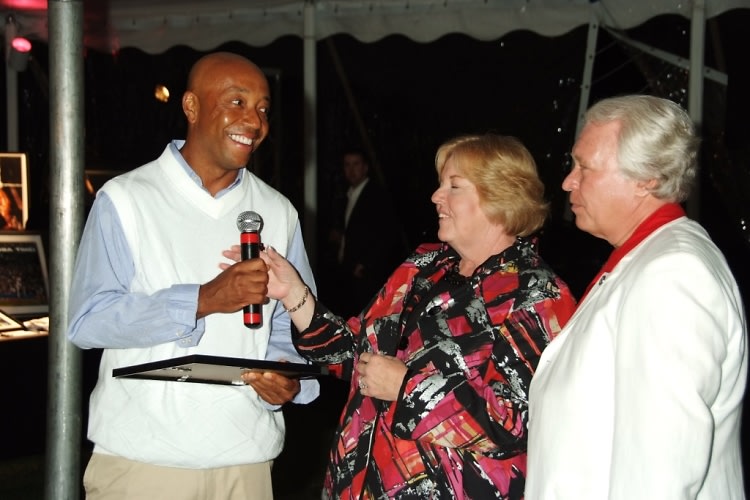 Last Saturday, Aug. 23, we headed to Stone Meadow Farm in East Hampton (the place where Mariah Carey recently got married) to celebrate the 125th birthday of the American Red Cross.  On the way in, I was greeted by Rob Rich, and so, we finally meet in person!  I also walked in at the same time as my friend Heinz Haas, the tennis pro/teacher who has some BIG things coming up.  Russell Simmons, was there, (his jewelry line was one of the evening’s sponsors) as was George Gurley who was interviewing guests on thier favorite moments of the summer. Russell said it was the summer of:

"Barack Obama, as well as yoga, the environment, PETA, the Humane Society and fund-raisers (his July 19 Art for Life event raised $1.7 million)." [The Observer]

There were cocktails & hor doeuvres from the Hamptons finest caterers and restaurants including the Kobe Club which also hosted the official after party.  Guests also marvaled at the new Masarati, which was unveiled in the big tents along with various speed boats from MarineMax.