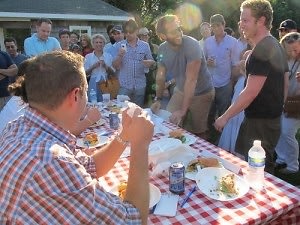 Sometimes it's best to stick to the basics. With the classic cheeseburger he's brought back all four years of the Burger Bloodbath - and that even carried him to the win in the first ever competition - Mo Koyfman wowed both the judges and the crowd at Ben Leventhal's annual Burger Bloodbath in Amagansett. 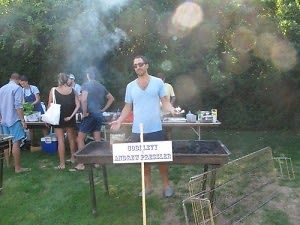 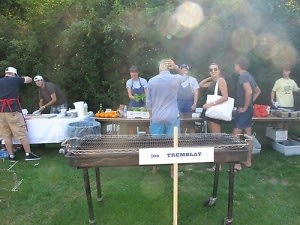 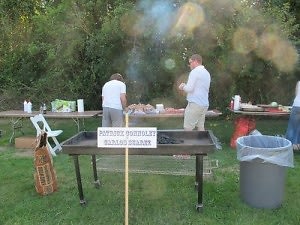 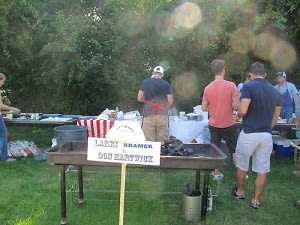 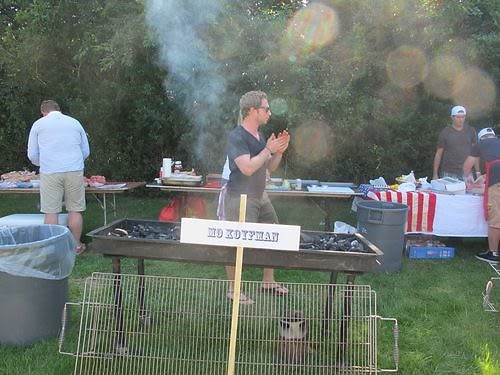 As co-founder of national food blog Eater (and working on another food project with NBC), Ben Leventhal takes the Bloodbath very seriously. From the extensive set of official rules, to the panel of expert judges, to the use of only the finest meats from Pat LaFrieda, it was an expertly executed affair.

So what happens when you gather a bunch of tech nerds and media lovers (we're not judging, we include ourselves in both of these categories) to a grill-off in the Hamptons...sponsored by famous tech nerd/media lover Ben Leventhal? Well, for one, A WHOLE LOTTA TWEETS. Smart phones in one hand, burgers in the other, guests at Leventhal's bbq bash made sure keep everyone in the Twitterverse up to date, with by-the-minute tweets and pics throughout the day. 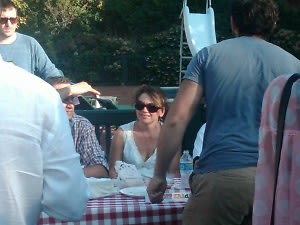 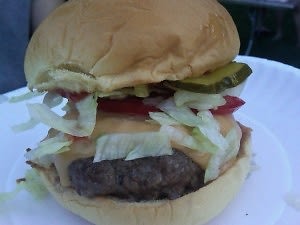 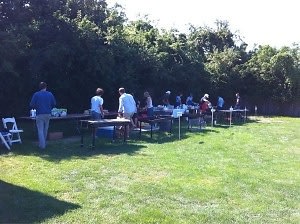 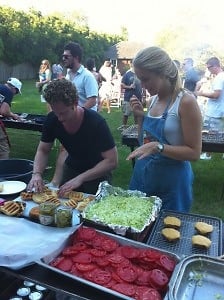 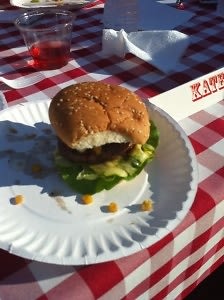 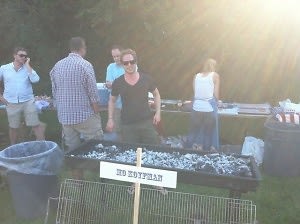 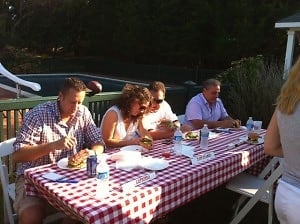 @mokoyfman getting his grill set up, the judging commences (both via @jonsteinberg)

Judges of the afternoon's event included Kate Krader of Food and Wine, Pat of Pat Lafrieda Meats (who also provided the meat), Lee Schrager of all Food and Wine festivals, and Josh Capon of Lure Fishbar (as well as last year's Bloodbath trophy). Oh and of course, all the lovely guests who attended, tastebuds at the ready. Bon appetit!