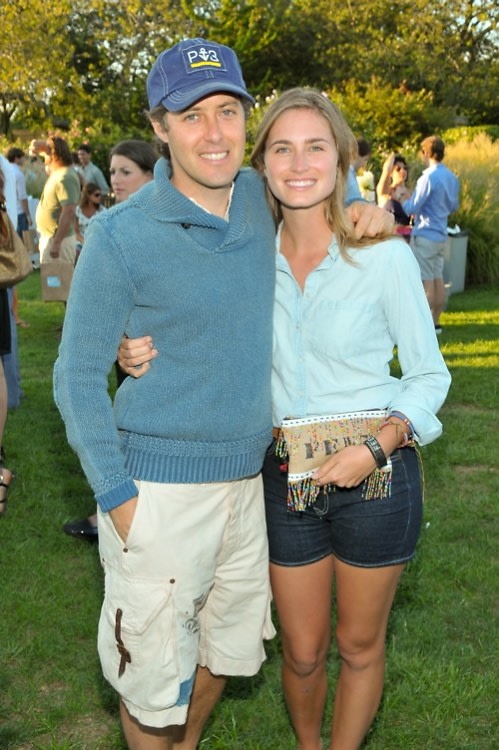 Soon to be (quasi) Mrs. Lauren Lauren, the Lauren duo, Lauren Bush and David Lauren, celebrated their engagement on Saturday night. Ms. Bush, granddaughter and niece of past presidents George and George W. Bush, met her fiance Mr. Lauren, son of Ralph Lauren in 2004 in NYC and have been recently engaged. To celebrate, they invited friends and family out to the Hamptons, obeying an all-white dress code.

But who attended this engagement shin-dig? Well, who didn't? The party host, Anne Hearst and husband Jay McInerney threw the par-tay on their farm, in the hip hamlet of Southampton. Lauren Bush's mother Sharon Bush, and of course the entire Lauren clan were there to celebrate. Paris Hiltion's parents Rick and Kathy Hilton and designers Cynthia Rowley and Douglas Hannant also abided their RSVP. Speeches frommother of the bride and Mr. Hilton entertained and invoked a happily married future for the Lauren duo.

But the itching question is whether or not Lauren Bush will be changing her name to Lauren Lauren after she ties the knot Lauren Ranch in Colorado. Ms. Bush told Harpers Harpers Bazaar in April, "I think it will be Lauren Bush-Lauren." She said, "that's not final, but I think it's nice to have the same name as your husband. I am sort of old-fashioned in that way." Well Mrs. soon to be Bush-Lauren, let's hope Mr. Lauren got the approval from Mr. Bush before the proposal if we're keeping it that old-fashioned.