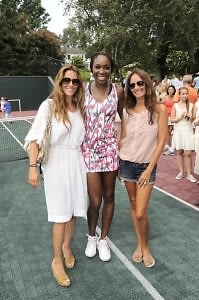 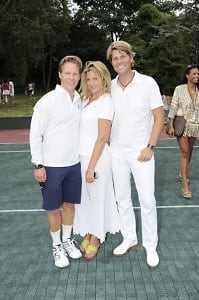 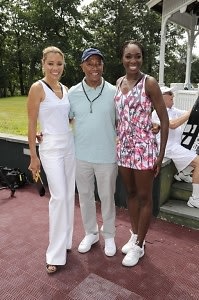 Recent four-time Olympic gold medalist, Venus Williams, has accumulated a staggering amount of titles in her career, making her the perfect candidate to debut a tennis fashion line. The chic tennis star is known not only for her mean two-handed backhand, but for her shocking style on and off the courts. Saturday afternoon, Rita Schrager opened up her backyard, and tennis court, to host a garden party for the debut of the new line, EleVen by Venus Williams. 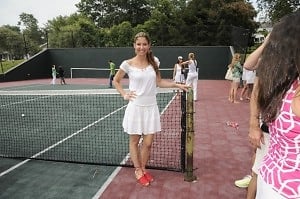 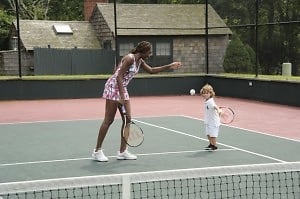 The tennis star was rocking a rose garden printed dress that she plans to don as she takes on yet another U.S. Open. Venus showed off some of her skills on the court, playing with custom white Wilson tennis balls. Any attendees confident enough to go up again Venus took to the court, even including some of  the youngest guests at the party. Celebs including Christopher Burch, Dylan Lauren, Fern Mallis, Gigi Grazer, Jessica White, Michael Michele, Monika Chiang, Rosanna Scotto, Russell Simmons, Samantha Yanks and Star Jones mingled among the Hamptons crowd. 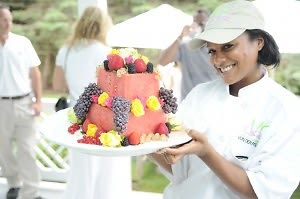 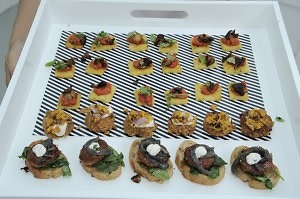 There were treats for all to enjoy, from Jamba Juice smoothies, to Talbott Tea's Luscious Lemon Meringue Iced Tea and an array of Grey Goose cocktails, including their Hamptons Punch. All the hor d'oeuvres were prepared by Venus' personal chef, Lauren Von Der Pool, and were all vegan, in accordance to Venus' new diet. After being diagnosed with Sjorgen's Syndrome, Venus has been forced to make lifestyle changes, which have included cutting out all animal products from her diet.

The collection, EleVen by Venus Williams features inspirational hand-written messages on each piece, and has been designed to be worn on and off the court. Michael Michele sported one of the casual styles, sporting her EleVen white top with a pair of crisp white slacks, proving the versatility of the line. 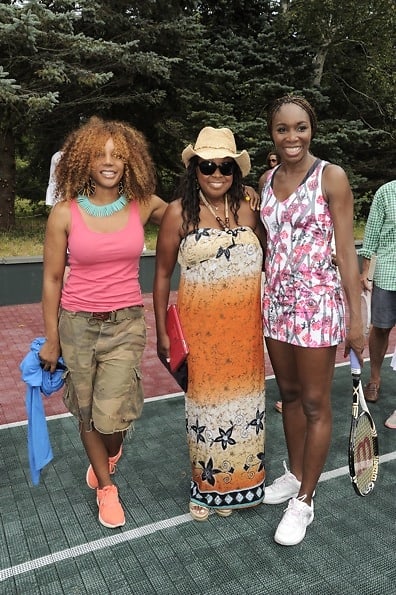 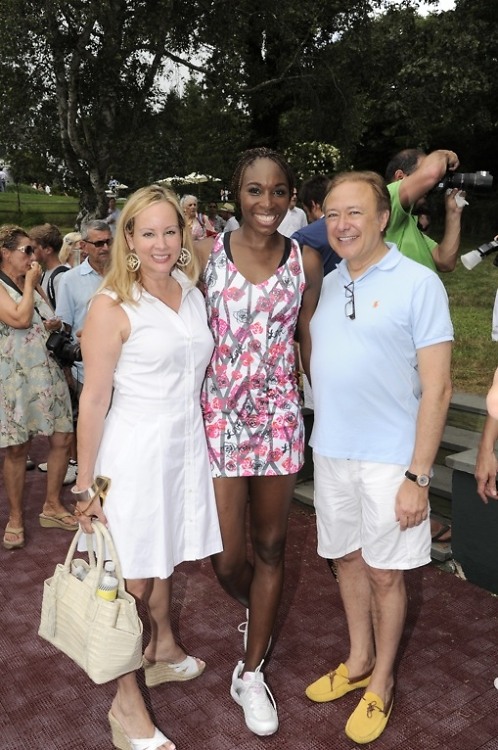