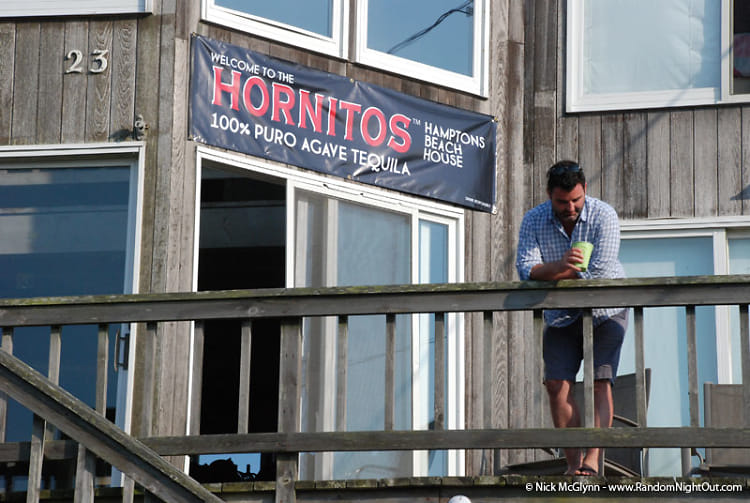 In what must be a sign of the times, new media powerhouse Gawker took over the former old media MTV Beach House location for a one-off weekend clambake party with Hornitos Tequila.  The house, on Dune Road in East Quogue was first occupied by MTV in 1993.  At the start it looked incredibly promising with a live performances such as Creep by Radiohead (yes Thom Yorke had bleached blonde hair back then, video proof below).

This of course was all before the internet was mainstream and blogs existed for that matter.  But as time drew on and programming went downhill, MTV's Hamptons Beach House became more known for its episodes of TRL and The Grind as well as the riffraff that the house seemed to attract like a magnet.  2003 was the last summer, and this was perhaps nothing short of a good thing for the local area and its residents, though there were surely some heavily disappointed teens.  Last summer, one of our Hamptons writers Kristin Luciano wrote nostalgically about this blast from the past.

Enter web 2.0 kids.  Last weekend there were no juiced muscle boys or synthetic bimbettes looking for their 2 seconds of fame.  Rather it was the a decidedly highbrow crowd that was more likely to tweet and check-in via foursquare than cause a ruckus.  Yes, the times are a changing, Gawker has arrived in the Hamptons (even if only for one weekend).