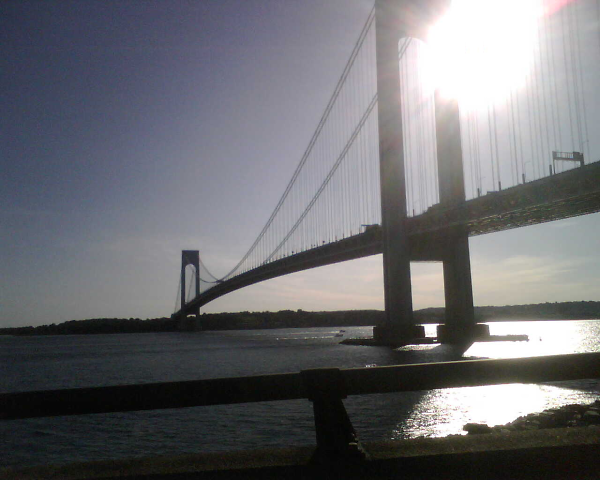 The Verrazano Narrows Bridge has to be one of the most beautiful bridges in the 5 Boroughs.  Straddling the mouth of New York Harbor, linking Staten Island to Brooklyn, it was completed in 1964, and was the longest suspension bridge in the world until 1981 (still the longest in the United States).  The bridge marks the start of the New York Marathon, and its namesake is Italian navigator Giovanni Da Verrazano.

Another great fact is that it feeds into the Belt Parkway, a strip of highway where you can always feed yourself with the many Frankfurter trucks, as our Grobmutter would say. 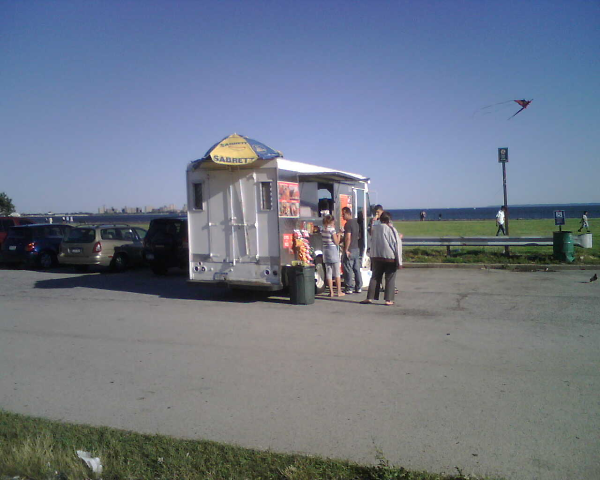 And for those of you gay and lesbian sailors out there, you can join the Knickerbocker Sailing Association, a gay-friendly sailing group that sails under the Verrazano during New York Heritage's Gay Pride Week (which was this past week, June 17-24th).