Go HERE for more photos by Michael Mincey and tag yourself and your friends!

This year's sold-out event was held at the iconic Grey Gardens, former home of socialite Edie Beale and her namesake daughter.  The Beales, who retreated into almost total isolation during their 50-year stay at the Georgica Pond mansion, were the subject of a 1975 documentary and recent Emmy and Golden Globe winning HBO film - both entitled Grey Gardens - because of the appalling squalor in which they lived. In 1971 and '72, the Sufolk County Health Department conducted a series of inspections on the home, finding it in total decay, without running water and infested with fleas, stray animals, and garbage.  The department's reports were exposed in the National Enquirer and New York Magazine and caused much controversy for the women, Jackie O's eccentric aunt and niece. The former first-lady and her sister eventually funded the restoration of the gorgeous estate. 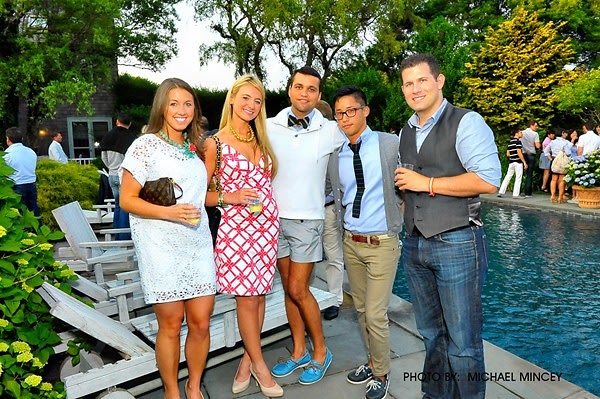 The HMI benefit drew a colorful, floral-pants-wearing crowd and featured preppy grosgrain entrance bands, donated by Ralph Lauren Rugby, who also provided the event's gift bags. The immaculately-groomed men of the afternoon were a refreshing contrast to some other people we've run into out east this year. 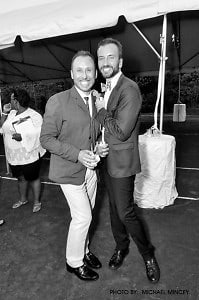 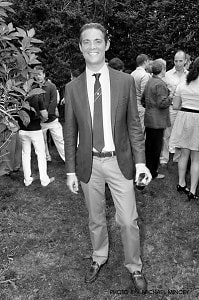 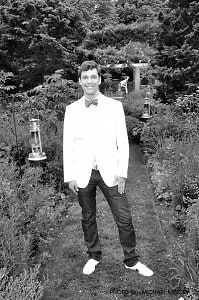 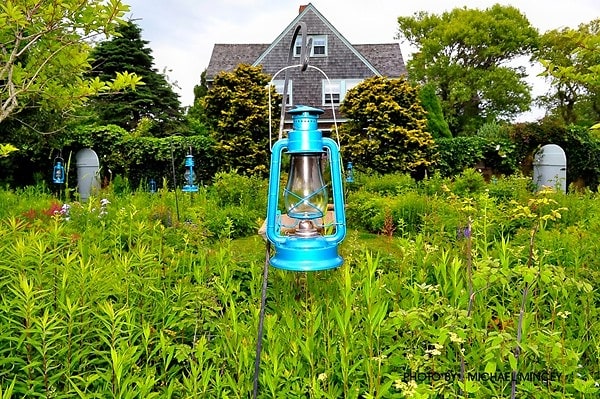 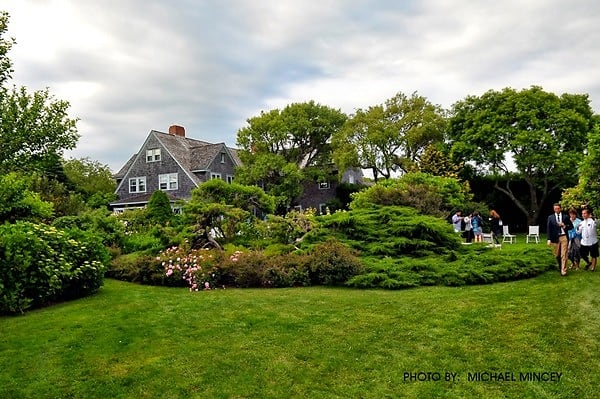