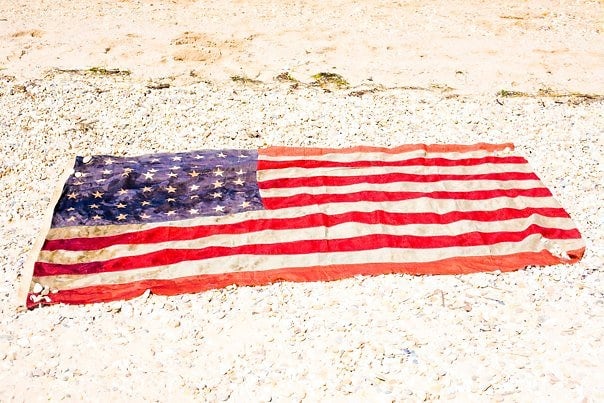 [Photo by Ben Watts] We can already feel it in the air (and the traffic) - 4th of July 2010 weekend is officially upon us! Get ready, because from day into night, Hamptonites will be celebrating our country's independence in true form: bbqs, beaches, and maybe even some midgets in burlesque outfits.  See you around, and have a happy and safe 4th of July!

Details: This notoriously All-American brand celebrates our fine country with a soiree at the gorgeous space above their East Hamptons store.  Expect to see your favorite employees from all the East Hampton stores in attendance. Open to the public.

Details: Campion and Tatiana Platt salute Best Buddies in the first of the Hamptons Socialite Series dinners.  By invitation only.

Details: The usual Hamptons Magazine crowd will be joined by special guest Matthew Settle (or as we know him, Rufus from Gossip Girl) to celebrate the holiday..before the fist-pumping crowds roll in, that is. Stick around after for special DJ Jesse Marco spinning into the wee hours of the morning.

Where: AXE Lounge at Dune

Details: The second annual 4th of July celebration put on by the Koch brothers (those crazy boys behind the Saturday brunch debacle), this year's yacht party will of course be one for the record books.  Or, the Facebook albums at least.

Where: Invite Only, Watermill, NY

The Launch of "Eldridge East" at Bamboo

Details: Lower East Side hotspot The Eldridge goes a little farther east with the new Saturday night party at Boathouse owner Michael Gluckman's other East Hampton venue, Bamboo.  Come celebrate both our country's independence and the introduction of this new Saturday hangout.

Details: DJ sensation Kaskade will give a special performance at Lily Pond to celebrate the holiday weekend.

Details: "On Saturday July 3rd, a quiet, restful summer in the lazy coastal town of Montauk is abruptly about to end." That's pretty much enough for us.  PJ Monte and James Cruickshank present the fifth installation of their NYC meets MYC party at the Montauk Yacht Club.

Details: Photographer Ben Watts is back with his annual July 4th celebration in Montauk. Come get down to the sounds of DJs Cheeky Pans, Pun Geezey, Chelsea Leyland, Rene "L.A." Goulet, and Zen Freeman.

The Smile 4th of July Brunch and Pool Party

Details: Presented by Kanon Organic Vodka, what better way to spend a Sunday than with a liquor-infused poolside bash.  By invitation only.

Where: Invite Only, Southampton, NY

The Beets - Cynthia Rowley at the Memory Motel

Details: Rock out with The Beets at the Cynthia Rowley pop-up at the iconic Memory Motel.  Open event, $15 cover at the door.

Where: Cynthia Rowley at the Memory Motel, 692 Montauk Hwy

Details: Whether winding down from a day of brunches and bbqs, or warming up for a night out, sit back for a moment to enjoy the beautiful fireworks display near Montauk village.  Be sure to get there early if you want a good view! [Photo via BBC]

Details: The second night in a row that Lily Pond steps up the game for this holiday weekend.  Even if you're not a fan of Deadmau5, at least come to enjoy watching a man in a mouse costume DJ one of the Hamptons' hottest clubs.

Details: If you'd prefer your 4th of July to not look like something out of the circus (see below), swing by the AXE Lounge at Dune for a tame (it's a relative term) night enjoying music by Hamptons regulars DJ Jus Ske and The Chainsmokers.

The Box Presents a Twisted 4th of July Show at RdV. East

Details: Expect midgets, naked girls, and a potpourri of dancers/performers/etc, all likely boozing straight from the bottle in true RdV East style.