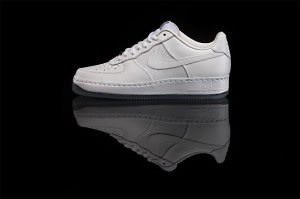 So maybe they don't scream "hey I love the Hamptons!" as much as some other options out there, but sometimes it's cooler to be fly on the down-low, right?  The shoes hit Blue&Cream East Hampton this past Saturday, and will be available exclusively at the store for the summer. Fashioned in all-white perforated leather, in honor of the "color of the season," the shoe is a classic Air Force 1 style, but with the signature laurel leaf H crest on the tongue and Good Ground in the foot bed.  As the name given to the area when populated by native communities, the words signify that even though things have certainly changed in the Hamptons since founded, we're still...grounded?  Yeah we're not quite convinced on that one.  But regardless, they're definitely a spiffy addition to any Hamptons wardrobe. 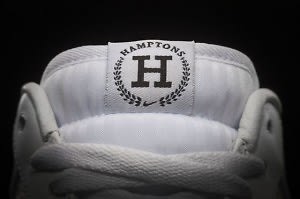 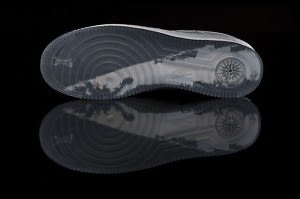 The shoes join an already established line of Hamptons-themed attire at Blue&Cream; the private label designed a line of sweats and tees with the tag phrase "The Lamptons" emblazoned across, which is a term coined by founder Jeff Goldstein to describe "lamping in the Hamptons."  Still confused?  Well, lamping is a term used in the 80's in very much the same way this generation uses "chilling."  So, chilling in the Hamptons equals lamping in the Hamptons, which equals "Lamptons."  Ya dig?  The line has already garnered a strong following of East Enders, including Kelly Bensimon, who covered up in a hoodie after the launch of her feather jewelry line at the store ast month. 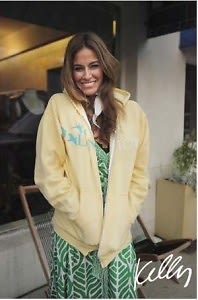 Of course, Blue&Cream isn't the only line to exploit the "East End" trend; clothing brand Fluent fits Hamptons VIPs with shirts telling the world that "We Run The Hamptons" and Cynthia Rowley sells silk-screened tees and totes repping the adjacent Memory Motel as well as the tag line "Save Gas, Shop Montauk." Even Tommy Hilfiger, who usually sticks to the classic Hamptons madras and nautical stripes, jumped on the bandwagon with their "East Hampton Is For Lovers" silk-screened tee, available at their East Hampton location.

In our opinion, you should probably own all of these, because whether lamping, montauk-ing, or busting your buns running the hamptons, you'll best be doing it in style. 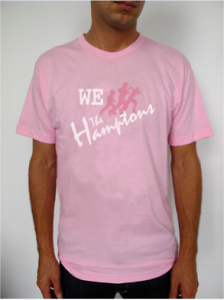 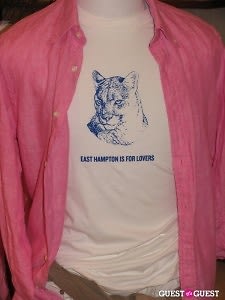 [H Is For Hamptons: The Nike Air Force 1 "Hamptons" Edition] [Think You Run The Hamptons? There's A Shirt For That.] [Shopping, Drinking, And Dancing For A Good Cause At Cynthia Rowley Montauk]

[Photos 1-3 compliments of Blue&Cream, Photo 4 via Blue&Cream.com, Photo 5 via Fluent]