Anyone who understands the importance of the combination of events and sponsorships in the Hamptons, certainly understands the concept behind the making of a brand. And that's exactly what Zev Norotsky does, whether it's in the business world, on the charity circuit, or in how he presents himself. He makes a brand. Because whether its through bottles, business or Magaschoni cashmere, Zev's leaving an impression on all fronts. So how has he affected your summer getaways to the Hamptons? Depending on what booze you're sipping and what joint you're going to, there's a pretty high chance Zev had something to do with it. Surf Lodge, Lily Pond, AXE Lounge at Dune, even the Bridgehampton Polo. Named "One Of The Most 100 Influential People In Nightlife" by 944 Magazine, he's another name to add to the list of those who've turned the art of partying into a profession. And apparently all work and all play makes Zev a very well dressed boy. 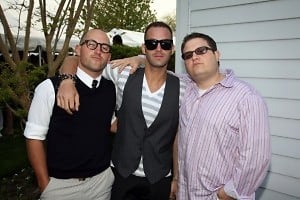 In an industry that has seen it all, especially in the past few years, it's no wonder that Zev has to constantly be on the cutting edge of things. It's no wonder than he cites stores like Odin, Oak and Opening Ceremony as his shopping destinations over typical department stores and prefers emerging designers over already established labels. Why wear the same thing as everyone else? Why do the same thing as everybody else when it's already been done? Also a big fan of brands like Carlos Campos, Patrick Ervell, Duckie Brown and even Rick Owens, Zev can see a good thing when he spots it (in fact, he says he likes just about anything Rick Owens puts out - we're on the same page, Zev). A self entitled "sneaker head", he's currently obsessing over Common Projects sneakers. Willing to embrace trends while at the same time throw caution to the wind, Zev can sport anything from a bow-tie and plaid, to his basic uniform of worn levi's and a black tee. How does he get the timing right? Must be that businessman instinct him. 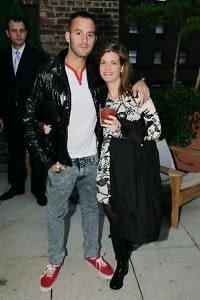 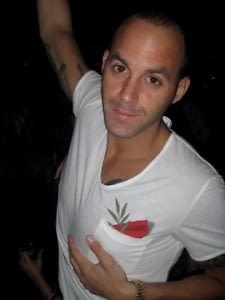 Working, living, breathing nightlife for so long, Zev has gotten to experience some pretty mind-blowing fashion experiences before. So would you believe his favorite fashion event involves... POP Burger? Surprisingly enough, getting to hang out with designers, stylists, models, and other huge fashion figures "go crazy for some sliders" backstage at the VIP Tent catered by Pop Burger at Bryant Park during fashion week would probably be pretty high on our list too. 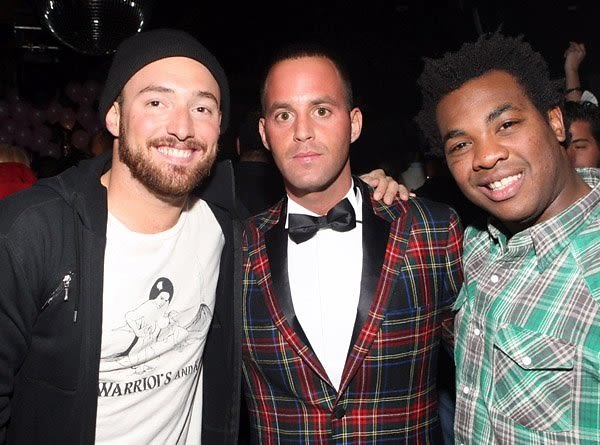 There's more than enough Kanye West fans out there (really. enough already), but when we came across one who actually knows about Kanye's collaboration with Louis Vuitton AND Nike, we're pretty impressed. But then when we come across one who says something like this: "I don't ever listen to hip-hop but I think what he's doing in fashion is really setting the groundwork for so many different trends and subcultures. He has the ability to transcend every style and to me that is timeless. The fact that he is able to design a sneaker for Louis Vuitton and Nike in the same season represents how influential and diverse his ideas are. He dictates trends to the skate kids in Williamsburg and the runway in Paris at the same time." 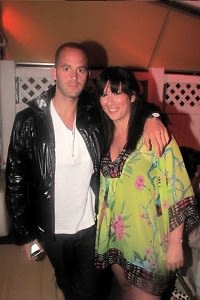 [Zev Norotsky and Ariel Moses] Zev's influence isn't reserved for the Hamptons hospitality industry alone. Or his closet for that matter. He serves on a variety of committees each summer, including Love Heals at Luna Farm, and is involved with the VH1 Save The Music Event. Zev's greatest philanthropic contribution, however, is the founding of the Hamptons Golf Classic, which is taking place today, June 28th. Through it he has worked with charities such as The Fresh Air Fund and The Make A Wish Foundation. This year the Hamptons Golf Classic will benefit the Knick's Chris Duhon's Stand Tall Foundation, which addresses the children of needs through recreation. Now we have one more to be excited for the Hamptons Golf Classic on Monday: We can't wait to see what Zev's wearing. Now if only Kanye West did his own line of golf cleats.