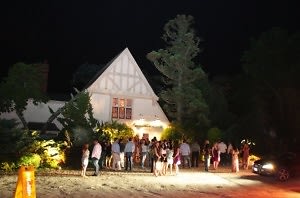 Not only has is it well known on the Hamptons weekend scene, but Georgica has also made a name for itself thanks to "Georgica Mondays". I recently spoke with Co-Owner David Schulman about all things Georgica including Georgica Mondays, their atmosphere, his favorite design aspects of Georgica and even his favorite Hamptons spots!

Georgica has become such an important staple in Hamptons nightlife both on the weekends but also with Georgica Mondays. What is it that keeps bringing everyone back season after season?

DS: It’s consistent. You always know you’re going to have a good night at Georgica. Not many places can successfully transition from a restaurant to a club, and we more than pull it off.

What prompted you to start Georgica Mondays? What is it about them that has kept Mondays so popular?

DS: We started Georgica Mondays because we felt that there was something missing from Hamptons nightlife. Georgica Mondays are a nice break from the weekend scene. Everyone looks forward to the more casual atmosphere, where people relax and have fun without the usual madness that sometimes comes along with the crazy weekend rush.

What exciting events/plans do you have up and coming to keep Georgica fresh and new and ever-enticing?

DS: We recently revamped our menu with Executive Chef Seth Levine, which now boasts an expanded pasta section. Not to worry, our famous Lobster Truffle Mac is still there.

What are some of your favorite design aspects of Georgica?

DS: The tranquil white and blue is particularly nice in the summertime. Our multiple, candle-lit rooms allow for an intimate dining experience. Set in an old mansion, dinners enjoy a homey yet luxurious atmosphere.

What have been some of the best parties you have thrown so far this season? And events you are looking forward to?

DS: We have been fortunate enough to partner with some amazing organizations, such as Jessica White’s Angel Wings Foundation. We kicked off our Memorial Day Weekend with their 2nd annual benefit. Of course, our Guest of a Guest pop-up party was a big hit. We have had numerous events with Style Caster. We are also looking forward to hosting the official Taste of Two Forks afterparty, which will be held on July 16th. 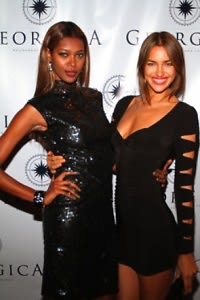 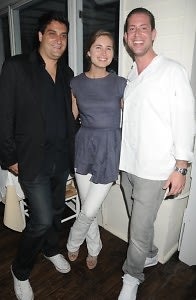 What is unique about Georgica parties that separates them from the rest of the clubs in the Hamptons?

DS: We think we attract a more sophisticated crowd. We have our fans, and gain more with each newcomer. Great people, great music, great times – we just do it better.

How would you describe the weekend crowd at Georgica? At Georgica Mondays? The atmosphere?

What are your favorite Hamptons spots?

What are some of your favorite things about the Hamptons?

DS: We all need to get out of the city once in a while. The Hamptons has everything I love about NYC, yet it feels like a vacation.

What is your drink of choice?

DS: Grey Goose, peach puree, and a splash of Perrier