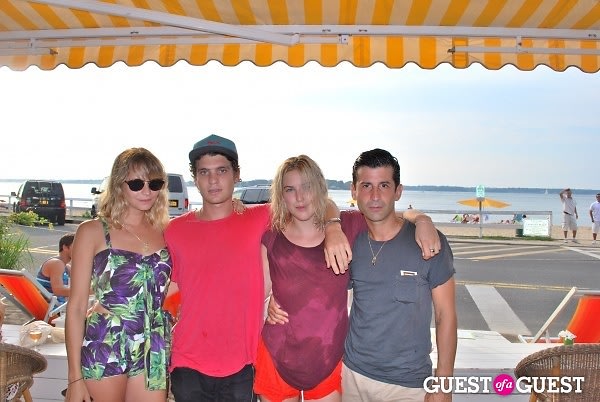 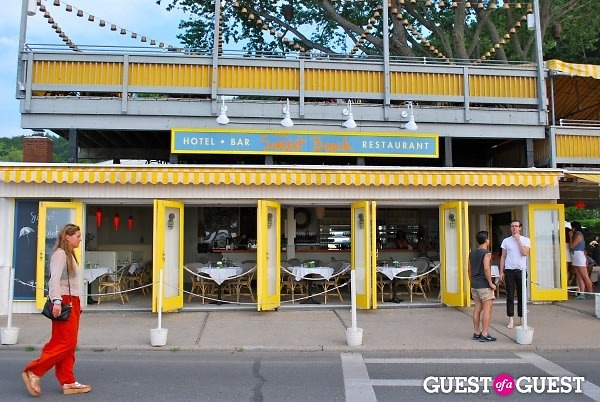 Sunset Beach on the quaint Shelter Island is the bar to go to on the island if you're looking for a chic night out. The Sunset Beach deck was normal as ever for a Friday evening; women donned bright caftans and cat eyed sunglasses, endless cocktails shining in the setting sun, the famous red seaplane landing on the sound across the way, but what was happening in the backyard of the French Bistro was a more relaxed Sunset Beach. In typical backyard soiree fashion, red blankets, hula hoops, grilled corn, burgers, and kegged beer were provided for guests who came to see the first edition of Coucher Du Soleil presented by André Saraiva and ENCORE!, but made possible by Absolut. Go HERE to see more photos by Kirsten Judson and tag yourself and your friends! 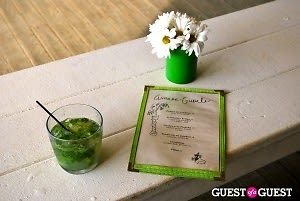 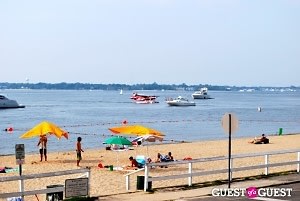 Guests sat on the pristine green lawn while musical guests Exitmusic, Gus & Scout, Gazelle, and TV Baby x Natacha Le Jeune performed on the welcoming stage. Gus & Scout was the first band to perform and orchestrated the chill energy of the night. Wearing simple jean shorts and tees, the band, compromised of Gus Wenner and Scout Willis, was ideal for the hipster crowd and beachside venue.

Because it is the 21st century, it wouldn't be normal if there wasn't some technology involved with Coucher Du Soleil. The raw performances and footage captured was filmed by 5 high-definition cameras and 24-track audio recording that then are streamed on the internet via ENCORE!

We sat down with graffiti artist, club owner, and music enthusiast André Saraiva at Sunset Beach on Shelter Island last Friday at the debut for his music festival Coucher Du Solei. We spoke about art, his life in Paris, New York, and The Hamptons and found out how he finds solitude in his nocturnal ways. 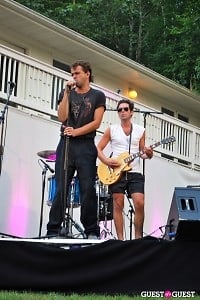 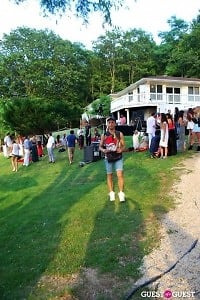 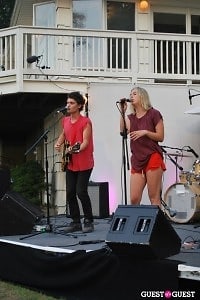 Q: So can you tell me a little bit about this Coucher du Soleil event? What is your relationship with the artists? A: So, first of all I'm really close friends with Andre Balazs, we work together at Le Baron in New York and we always end up working on projects together. We were here a few of weeks ago, and I was saying we should do a little music festival. And we agreed to try. We will see if it works, maybe it will be here next year too. We organized to get a stage, and called our friends who are musicians to come and play. Andre was really cool about allowing to come to Sunset and do it, and then ENCORE! and Absolut gave us the money to do it.

Q: Whats your favorite artistic medium? Are you more of a music person or more of an art person? A: My favorite thing, what runs my life, is painting and graffiti, and all this is more, extra. I love music, and I have always been more night boy than a day boy. 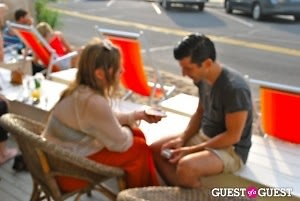 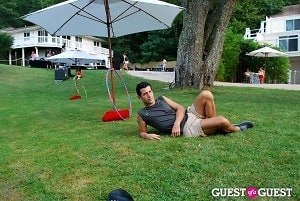 Q: What is your favorite type of music to listen to, what's on your summer playlist? Do you have a favorite artist right now? A: I have always been open to all kinds of music, oldies especially. And I like the young scene too, electro pop, indie pop, I'm very open to all. Most of my favorite bands are here today, but a new English band called Citizens, I think they are amazing. I am very curious and eclectic, I don't do one specific genre.

Q: So hows it going in New York? A: Oh the club is amazing, Le Baron is doing well, I enjoy it a lot.

Q: Are you in New York or Paris more? And what is your favorite out of the two? A: Like half and half, but Paris is my eternal love, and New York is my new mistress.

Q: Is this your first time on Shelter Island? A: No, I've been here a few times. It's so beautiful, romantic and secluded. When I come to the Hamptons I mostly just go to Amagansett and Montauk though. 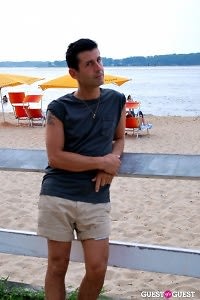 Q: What are some of your favorite spots out East? A: I love going to the beach. I go to the last beach in Montauk, Ditch Plains.

Q: Living in such mega cities such as New York and Paris, whats important about being about to retreat to a place such as Shelter Island or Montauk? The ability to go out in the backyard and enjoy a burger, like we are doing today, is important to you, no? A: Feels like holiday! Since i have been in New York, it is a necessity to escape, otherwise you are overwhelmed and you don't get to see things, you are just trapped in it. Even during the winter I go to Montauk, to surf a bit, gain retrospective.

Q:  I feel like, its such a high strung life, sometimes it's hard for me to get up and have a cup of coffee in the morning... A: Give yourself some time, especially in the morning, read the newspaper, have a cigarette, in America they don't do that. The Europeans give you more time. I take my time, I never do anything before 1- no meetings, no lunch, its just me, riding my bike.