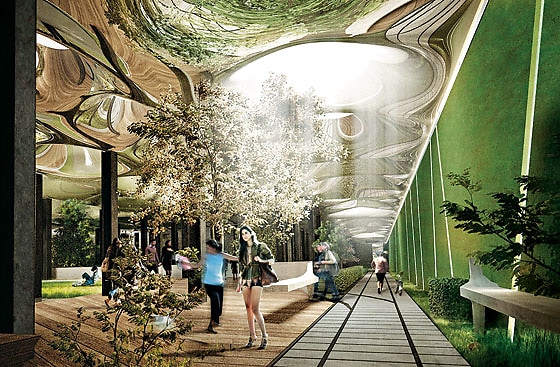 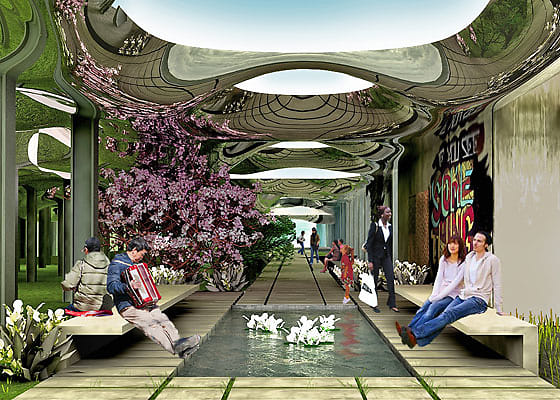 The Hamptons benefit scene is cluttered with events that gather funds for causes as diverse as puppies in need to countless cancer research foundations. Rarely do the events on the non-profit circuit aid in the creation of a public works project with a space-age twist. Enter the Lowline, an abandoned trolley terminal that co-founders Dan Barasch and James Ramsey have a plan to turn into an underground park with the ability to alter the dynamic of the Lower East Side as you know it.

Let’s start at the very beginning. Technically deemed the Delancy Underground, this ambitious project is a concept that Ramsey and Barasch put together just over a year ago. After befriending an MTA agent who was feeding them stories of the most exciting space under NYC that hasn’t been touched since 1948, ideas started brewing. The space in question is located right under Delancy Street and filled with historical details.

Ramsey, who is a designer and engineer, was coincidentally working on a lighting technology that brought sunlight underground when the introduction to the 60,000 square foot Delancy Street space was made. After the two co-founders put together a plan for their image, they found their idea creating a large buzz in the nearby community. Once the space was deemed “The Lowline,” as in an underground version of the High Line, the project really took off.

On August 4th the Lowline will have it’s official Hamptons debut, and Dan Barasch filled me in on some details behind this ground breaking public works project and just what we can expect from this Hamptons benefit.

Has the community been accepting of your ideas?

So far everyone has been very accepting of the idea. Almost every central political stakeholder at the city and the state level, even at the community level we’ve come across is supportive of our plan. But their first concern is that they need to see that we are serious about how much money we can fundraise. They also want to see that we are going to be able to create a business model that can be self sustaining over the long term. 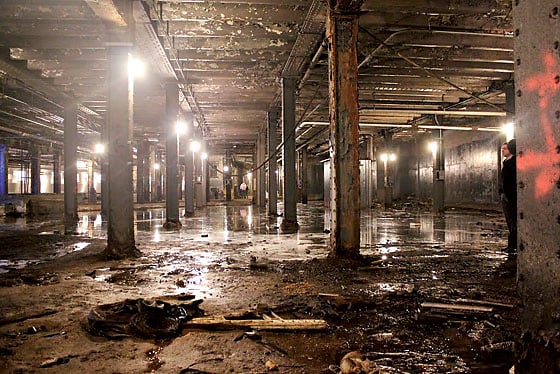 Has there been any opposition on your end, since there doesn't seem to be any on the web?

We actually don’t have any real opposition, it’s more about actually making it happen. The broader story is the MTA, who owns the underground space, and them allowing us to take it over.

[The abandoned space where the Lowline will take over]

What can we expect to see in the Lowline? Can trees and plants really grow underground? We have a team of engineers helping us, a seriously amazing team of people who know a lot about lighting and how to get stuff built. It turns out that only a small amount of sunlight is needed to support living plants and trees. The space won’t actually be a bright as it is outside, but we promise there will be living vegetation in the space.

We have just started thinking about artists and vendors we would like to feature in the Lowline. We’re thinking about including everything from musical performances to theatre to art installations. Of course we will also have activities that are suitable for kids, and then certainly something that supports the LES community. Rather than teaming up with chain stores we plan on working with local businesses, more Mom & Pop type places, to foster the community feeling and bring more traffic to our neighbors.

How much of an impact has the Highline and the co-founders behind that project been towards the Lowline?

Two founder of the Highline, Joshua David and Robert Hammond, are our friends and have been helpful advisers, not to mention some of our biggest supporters. They have accomplished so much over 15 years, raising over $350 Million and counting. They certainly know how to put events on and since they've learned from their experience, we don’t have to make the same mistakes they did. We’re really fortunate to have that as a legacy, and we actually owe our names to them. 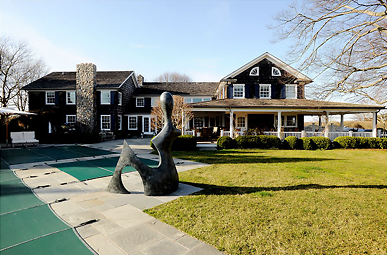 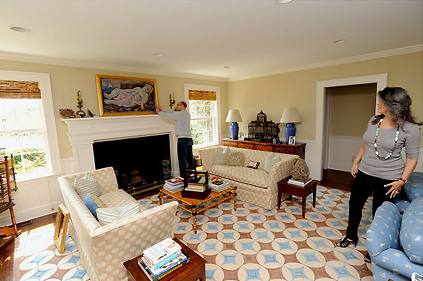 [Camp Hornig, The Hornig's At Home]

Tell me some more details about your Hamptons benefit debut. What can we expect from your Water Mill benefit?

What were doing in Water Mill is ultimately leading towards what were doing in September, which is an installation of a mini version of the Lowline in an abandoned market space, which is only a few thousand square feet. This is a totally raw space that hasn’t been used in decades, but we will use it recreate our idea of what the future Lowline can look like.

The Water Mill fundraiser will be held at the home of the Hornig’s, a wonderful couple that is so generous, they have opened their house to our cause. Once we were introduced to the family, we were overjoyed to find that they were very supportive of our idea, especially when they graciously offered to host this fundraising event for us. With tons of art on the walls and sculptures in the garden, the 'Hornig Camp' is the perfect setting for a fundraiser like ours. I’m really excited about going, actually!

Get the "low down" on the Lowline on August 4th by getting your tickets HERE. And for more details about the Lowline project, check out their official website HERE.