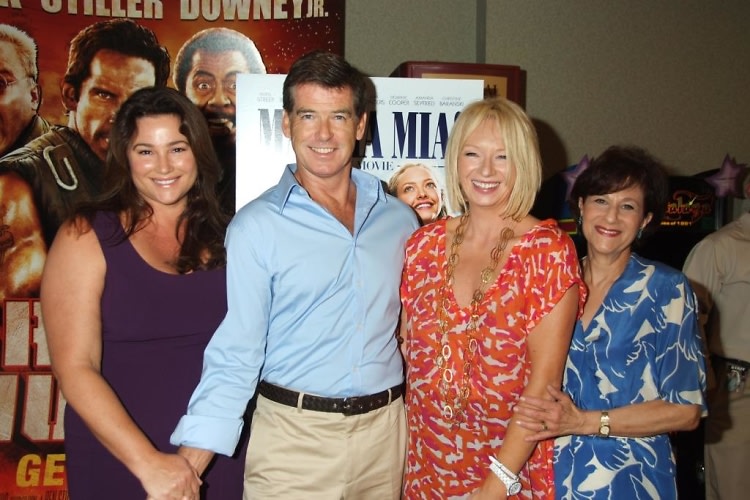 "Mamma Mia!" is the latest popular broadway show to go to the big screen. This one wrangled some big ticket names (Meryl Streep, Pierce Brosnan and Christine Baranski) and had it's big opening this Sunday night. The kick off party was held at the little theatre in Southampton, making the ticket to be the first to see Meryl blasting out those ABBA songs even harder to score.

More story and photos from Rob Rich below:

It was held as a "cultivation" (instead of fund-raiser) to raise awareness for Evelyn Lauder's Breast Cancer Research Foundation.I am told it's not a fund-raiser. Instead, it's called a "cultivation," raising awareness for Evelyn Lauder's Breast Cancer Research Foundation and was sponsored by Blackberry Curve and Conde Nast Portfolio. The after party was held at the Parrish Art Museum in Southampton. For more on the movie, go HERE.