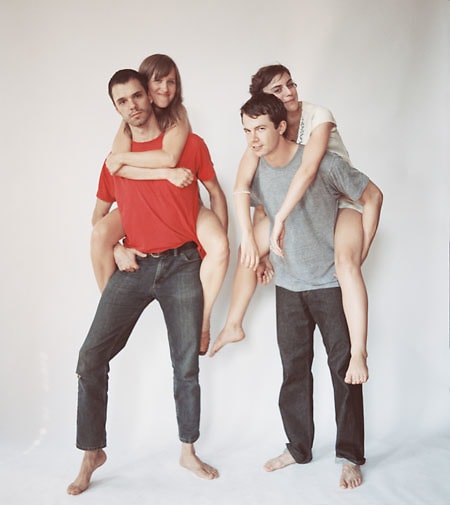 One of the best kept music secrets in Montauk is not so secret anymore, and not to mention still free of cost. Overlooking Fort Pond Bay, the Surf Lodge has been hosting musical guests that in the past have included notable names such as Cults, Local Natives, Alberta Cross, and G-Love. With the sun setting behind the artists and the Endless Summers flowing, this is the best (free) way to enjoy your preferred indie band and rewind after a not so stressful day at the beach.

As the Surf Lodge is under new ownership this summer, their music series has been revamped as well. GrandLife's Tommy Saleh and Mandy Brooks have been appointed to provide good music all summer long, and by inviting The Drums out East to perform this past Memorial Day Weekend we know they take their jobs seriously.

Although no official line-up for the entire summer has been released yet, over the next two weeks SPIN Live will be teaming up with the Lodge to bring two epic indie rock bands to the East End. The creators of Lollapalooza and ACL, C3 is partnering up with SPIN to promise Montauk concert goers the ultimate music experience. The first performance taking place on June 30th at 7 PM will be headlined by the Dirty Projectors. The second, featuring Real Estate, will hit the stage on July 7th.

As a heads up, these concerts tend to actually start on time. You don't want to to miss one minute of this glorious music, so make sure you plan your day drinking accordingly.