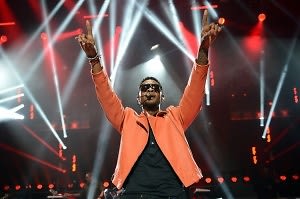 Since its inaugural concert in 2010, the Apollo in the Hamptons Benefit has always drawn an impressive list of star performers. The third annual event, which will take place on August 11th, will continue the tradition with Usher as the headliner. The Isley Brothers are also set to perform, and Pharrell Williams will be the creative director for the event, which will surely feature a slew of surprise high profile musicians.

Hopefully this years benefit can continue the trend of increasing donations with the help of Grammy-winning Usher. Apollo in the Hamptons will once again be held at business magnate Ron Perelman's East Hampton estate.