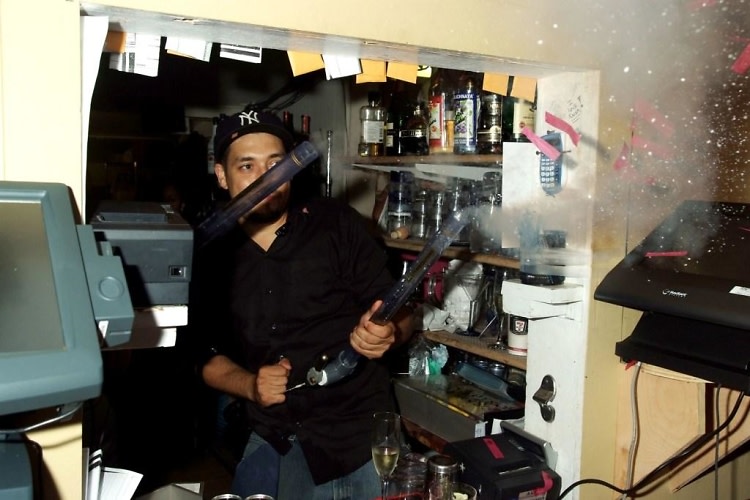 Pink Elephant may have gone bankrupt down in Chelsea, but it was celebration as usual out east at Capri. Did you ever wonder who the confetti-god was that is responsible for the thousands of pink slips and glitter that magically start appearing as you are dancing to Jay-Z at Pink Elephant? Thankfully, we have the photo evidence of the source. Mystery solved. The explanations for the behavior that happens underneath said confetti...I'm not sure that is ever going to be solved.