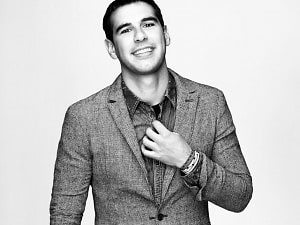 With only $25, will power, and endless support, Adam Braun started a global movement called Pencils of Promise, a non-profit organization that seeks to build a foundation for the aspiring and inspirational youth living in third-world countries.

The dream began while he was working at Bain & Company; he took a back-packing trip through more than 50 countries where he would ask children what they wanted most. Expecting to hear things like X-boxes or T.V.'s, to Adam's surprise these kids just wanted to go to school.

The most powerful story Adam has shared includes a little boy in India who was begging on the street. Adam asked him what he wanted most in the world, to which the boy responded, "a pencil." The fact that that one pencil could have that much of an impact on a person inspired enough to leave his job and build Pencils of Promise.

Since 2008, Pencils of Promise had built 50 schools in Laos, Guatemala, and Nicaragua, building a community of over 250,000 members, including Justin Bieber and Desmond Tutu. With plans to break ground on 50 more schools this year, including Africa, he also has future plans of integrating technology and education.

Check out what he had to say...

For more information on Pencils of Promise, go HERE.

How involved are you in these locations? Do you oversee construction, etc? Develop curriculum?

"When I first started, it was me and a backpack. It was about building a school. It started with me and small handful of local staff. At this point, we are fortunate to have a great staff here (New York) and local staff that execute every day. We also have staff that live in these countries. I visit the countries 3 or 4 times a year and my visits are getting shorter. It’s almost bitter sweet."

Can you give us some intel on what new projects you have lined up in terms of raising awareness, money, etc?

"Probably the biggest one is setting the goal of breaking ground on 100 schools. We’ve build 50 schools so far. And how we as an organization can evolve, and how we can build 100 schools. Our voice and the platform on the organization itself is very committed to that." 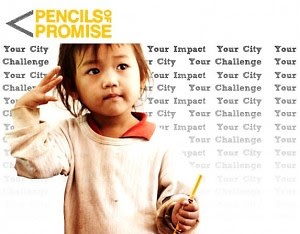 You have 50 schools in Laos, Nicaragua and Guatemala and are consistently building. Where else do you plan on expanding?

"We have 50 so far and we are interested in diving really deep in the areas we’re already in. We can build hundreds of schools in these countries and still not solve the problem. We want to focus on depth in these countries. We do have plans to expand in to africa. We haven’t fully identified our platform there yet but we are being diligent and doing research."

I saw you briefly at the StyleCaster State of Style Summit. Can you talk a bit about your thoughts on the panel? Also, What do you think about the symbiotic relationship between the fashion industry and non-profits?

"Fortunately, I’ve gotten to know and become friends with a lot of entrepreneurs. Ari brought together a bunch of us for the panel, Van Dyk Lewis, Simon Isaacs, Neil Blumenthal, Lauren Bush, and Sean Carasso. It ended up being a really great discussion. I find that a lot of people that have a panel don’t know each other and that makes for a boring discussion. It was a meaningful conversation because we are all genuinely friends."

Can you talk a bit about your monthly volunteer days/ nights? How do you get local kids involved?

"We have a really big following online. People are like “I am in school or I have a part time job” and this is a way for them to get involved. Every organization has a lot of responsibilities themselves that volunteers can help take on. So we organize monthly volunteer nights to help prepare for our annual gala. They end up working for several hours and really add to the environment." 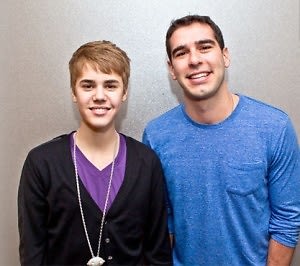 Two of your biggest benefactors are Justin Bieber (having donated all the proceeds from his “Someday” perfume to POP) and Desmond Tutu. I know Justin visited St. Andrew's? Does he have plans to visit more schools? And Desmond Tutu? What about their future involvement with POP?

"Justin has been one of our earliest and biggest supporters. He and i have known each other since he was 13. This is something he really believes in. We launched a “Schools 4 All” program. A family raised $50,000, we had a great time and we plan to do it every year. We want to mobilize a lot of young people and reward them personally.

Desmond Tutu has gone on the ‘Semester at Sea’ program several times. The same program I did in college. It changed my life dramatically seeing the world through the program. It was amazing too see how many children don’t have the quality of education that I had. He sent out this video of support and just getting the support of a nobel prize winner. It was amazing."

Can you talk a bit about the Justin Bieber, Shaq, and Kenny Hamilton basketball game fundraiser?

"Yeah, that was at our gala. Shaq was in attendance. During a moment of our auction, he played a basketball game with Justin, myself, and my brother and we collectively raising $100,000." 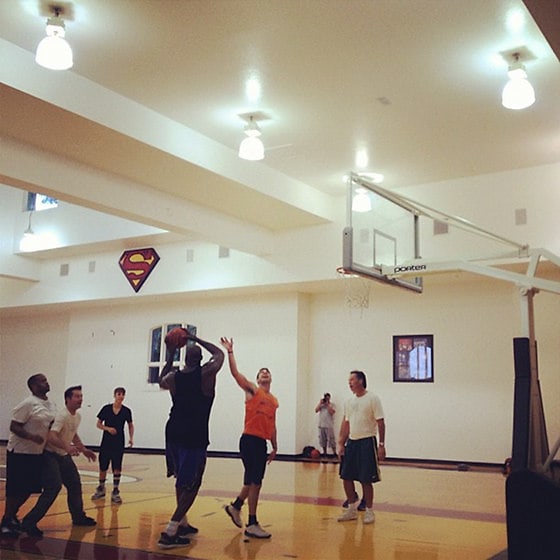 "We talk a lot about the role of technology and education and implementing technology in the developing world but we haven’t build a platform currently."

You were quoted in an ABC article saying, "People don't acknowledge it because it's not in front of our faces, but there is a global education crisis." What do you think about the inherent ethnocentric ideals this country has? It’s definitely something that is increasingly changing with your work and the work of similar organizations; however, do you think it’ll ever change?

"I understand that people want to support the things that most directly affect them whether it’s education, etc. With the rise of the internet, the sense of border and boundary is increasingly decreasing. I think people are going to increasingly support causes where they can simply in support of the life of another person regardless of if that person looks and talks like them."