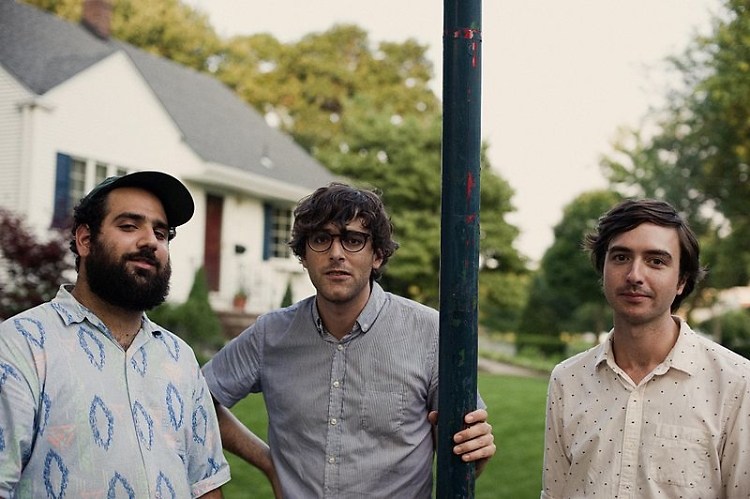 If you are not familiar with the indie rock band Real Estate, you should be. Real Estate is originally from New Jersey and released their first album in 2009, titled Real Estate, and released their second album last year, called Days. They are most famous for their hit single "It's Real" and in March, they released their second single. "Easy." They played at Coachella in the spring and have been touring all over the country, rapidly building their fan base each step of the way. This critically acclaimed band has received nothing but rave reviews, including one from Pitchfork Media tagging them as "best new music".

Real Estate is quickly gaining recognition for their catchy indie pop sound that has everyone hooked the first time they hear it. Make sure to buy tickets to their NYC performance August 11th and check out this Q&A with band member Jonah Maurer, who gives us more details on what Real Estate is all about.

How did Real Estate get started?

Martin Courtney, Matt Mondaline and Alex Bleeker were all originally childhood friends. They all took guitar lessons from the same guy in high school and decided to start doing projects together right when they finished college. Matt and I went to boarding school together in Massachusetts and I recently joined the band last year and play the key boards mostly as well as some guitar.

How would you describe your sound? What bands inspire you guys?

I would consider our sound indie pop. Some of our favorite bands are Weezer, Ariel pink, The Feelies, Catacombs, and Pavement. We all also listen to a good amount of hip hop. Me and Matt are probably the biggest hip hop fans of the group. Matt, the base player also use to really like Phish and The Grateful Dead. 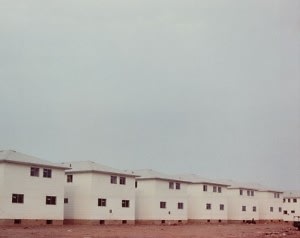 I love the single that came out this year. How do you guys come up with the lyrics to your songs? What has been your most popular song on tour?

Well, Martin writes all of our lyrics. Martin creates each song and project that we do and then we just come together and try and supply the instrumentals. Our lyrics have mostly to do with our personal life stories. Martin likes to write about traveling, being away from home, relationships, and growing up in the suburbs. People have responded really well to our single "Easy". Since the music video has come out and more people have heard it now, it has become a lot more popular. I'd say our biggest hit on tour has been "It's Real"." The crowd goes crazy for that song.

What has being on tour been like? Any stories?

We have toured in Europe five or six times and have toured all over the U.S. The biggest difference between touring there verses the U.S is that overseas we have to rent everything we use at venues and we have to hire tour managers. Here we have all of our own stuff to perform wih. There have been lots of adventures on tour. At first, going on tour is really exciting, but after going from van, hotel to venue for long periods of time it can get old. Missing friends and family can be tough but right now we are having a great time being on tour, meeting new people and going to festivals. 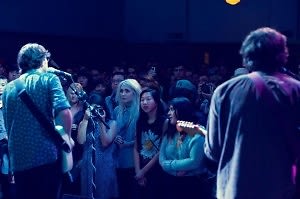 What have been some of the more recent festivals the band has performed at?

We just performed at Pitchfork Festival in Chicago, which was awesome because it was one of the smaller festivals we performed at. I personally prefer small jam festivals over larger festivals. You get treated better, there are fewer artists, less stages and everything is more personal and less corporate. At Pitchfork Festival there were three stages and the VIP section was the same as the artists section so we got to chill with our fans, other bands and drink for free—it was great.

What are Real Estate's favorite places to perform in NYC? What do you like about NYC?

I have lived in NYC my whole life and love it here. I live in Greenpoint while some of the other guys live in Williamsburg. It is really nice for us all to be super close to each other. Some of our favorite places to perform in NYC are the DIY (do it yourself) shows because they are run by young kids and it's usually just a big, shitty box of a room where everyone is smoking and having a good time. 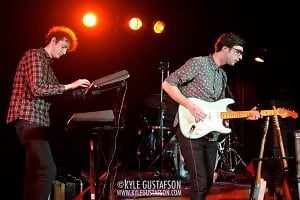 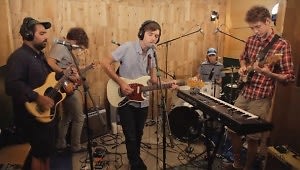 What is your creative process like when making new music?

We all just hit the recording studio and practice a lot. We will play a new song and just practice it live over and over until we feel like everyone has it down and then add stuff on top of the live instrumentals.

What's in store for Real Estate in the future? Are there any albums or projects coming up?

Yeah, Martin will be getting married soon and he has been working on some new material. But I think we are going to hold off for a bit until after the wedding and then head back to the studio to create a new album. 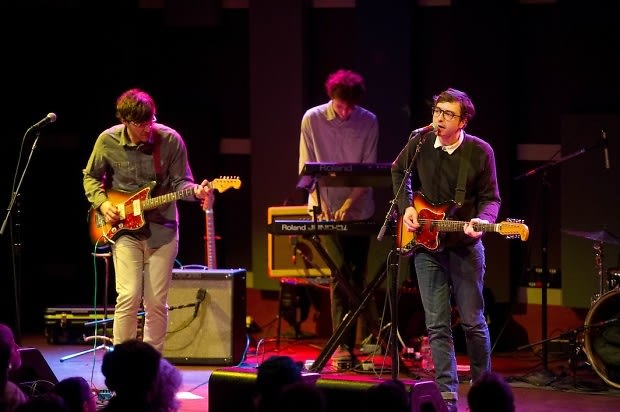