In honor of the 2012 Summer Olympics held in London, the Gagosian Gallery is displaying a painting entitled Olympic Rings. The painting, done in 1985, is a collaborative piece by Andy Warhol and Jean-Michel Basquiat and was inspired by the 1984 Summer Olympic Games held in Los Angeles.

The pair produced a whole series of artworks between 1983 and 1985. This piece is clearly a combination of each artists distinct style. Warhol's contribution can be seen in the abstract, stylized logos, and Basquiat combines this with his graffiti style. Between the Olympic rings, there is a dark, mask-like head, which is believed to be an allusion of former African American star Olympians such as Jesse Owen, Carl Lewis, And John Carlos. This opening reception is tomorrow from 6-8pm and it will remain on display at the Gagosian Gallery until August 11, 2012. 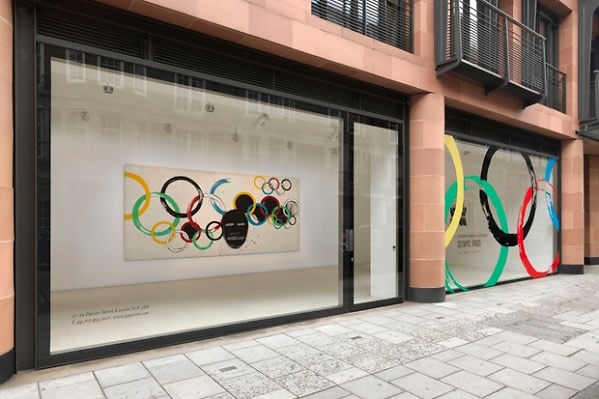